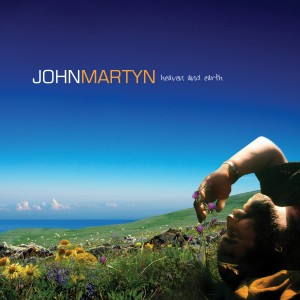 When British guitar innovator John Martyn unexpectedly died as a result of pneumonia in January 2009, he left behind unfinished recordings for an album he’d been working on with the help of collaborators like keyboardist Jim Tullio and drummer Phil Collins. So it was up to Tullio (alongside co-producer Gary Pollitt) to finish the job, and the results are quite impressive.

The disc opens with “Heel of The Hunt,” a bass-heavy funk-blues, featuring Collins singing backup to Martyn’s growly vocals, that sets the tone for the entire record. The record blends guitar-driven British blues with folk-inspired moments and soft ballads like the title track—which features Gary Foote on tenor saxophone, who responds to Martyn’s vocals with impressive licks. Also worth checking out is “Bad Company,” a gospel-influenced rocker with Martyn’s trademark guitar grooves, a great Memphis-like horn section  and a fantastic female vocal trio that complements the leader’s voice with great gusto.

Tullio and Pollitt did fantastic work polishing Martyn’s final opus—a testament to his great talent, which went beyond the excesses that might have claimed him far too soon. (Ernest Barteldes)

John Martyn
“Heaven and Earth”
(Hole in the Rain)