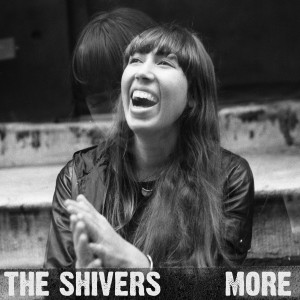 Queens-based indie-rock duo The Shivers may have recorded their latest album in Manchester, England, but “More” reeks of rural America in the best kind of way. On the ten-track album released May 10, Keith Zarriello and Jo Schornikow prove they can pull off soulful melancholy without straying into whining.

The radio-ready first single, “Used to Be,” is a catchy, hook-laden electronic romp with soaring verses and impassioned guitar solos. It’s by far the most upbeat track on the album, joined only by the punchy “I Want You Back” and “Irrational Love,” a warm celebration of the joy of illogical feeling. But it’s when the band slows down to catch a breath—and maybe sob a little—that they really shine.

“Silent Weapons for Quiet Wars” is a slow, emotional crescendo that begins as a simple folk guitar song, slowly adding layers of piano, drums fit for a military march, violin, harp. It’s a despairing ode to life and heartbreak, as Zarriello sings “there is so much joy in this world, but none of it’s mine.”

But the album’s masterpiece is “More,” a gritty, slow-moving ballad with echoes of Dylan that seems best designed for belting through drunken tears. The rougher Zarriello’s voice gets, the closer the song hits home.

Not every track is a success—the frivolous “Love Is In the Air” gets repetitive quickly; but even while bouncing through different tempos and sounds, moving from playful keyboards to sluggish organ chords, “More” manages to almost always be poignant. (Shaunacy Ferro)