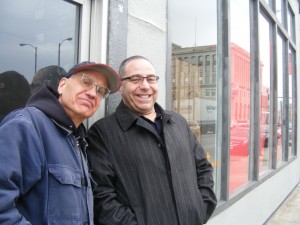 “For the record-lover, 45s are the best,” says Morry Barak. As a DJ, collector and avid fan of rock ‘n’ roll, Barak has been involved with Chicago music for decades. On May 28, Barak will share his passion with the public as he opens Favorite Records—specializing in 45s—at 1535 West Division in Wicker Park.

The concentration on 45s—sometimes referred to by their physical seven-inch diameter—is uncommon for a record store. But 45s not only have the highest sound quality on vinyl, they are also a more appealing and valuable collectible. As one of the most popular formats of recorded music in the twentieth century, these records contain singles played on radio and in clubs from the 1920s to the 1980s. Favorite Records owns more than 40,000 45s and plans to have a steady 10,000 in stock as the store opens. While the small staff is biased towards singles, the record store will have other formats of vinyl as well as music-inspired art and literature. “We’re going to see cool albums that we can’t resist,” explains Barak, “but it will be curated.” (Tiana Olewnick)