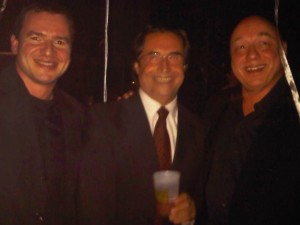 After a standing ovation and frantic applause and cheers from the capacity crowd that seemed as if it could have gone on all night, Riccardo Muti officially concluded his inaugural season as CSO music director Saturday night. Motioning for the audience to sit down, Muti addressed both the audience and the orchestra in some heartfelt remarks sprinkled with the wicked wit that has already become a beloved Muti trademark here.

“This is my last concert of my first season, which as you know, was cut short because,” Muti said with a pregnant pause, “I am eccentric.” The crowd howled at Muti poking fun at the snap judgments some made about his medical misfortunes. “Thanks to the Chicago doctors at Northwestern Hospital, I am still alive,” said Muti, to an immense ovation. “You know, it is very tough to kill a Neapolitan. And thank you so much for all of your cards, letters and good wishes, and thank you, my dear orchestra, for your patience. When I fell, they probably thought that instead of a music director, they received a piece of junk,” said Muti, to uproarious laughter from players and audience alike.

The final piece of Muti’s residency was Richard Strauss’ “Aus Italien,” a work Muti performed at his CSO debut in 1973 at Ravinia that had not been here in decades. When some premature applause greeted the rousing finale of the second movement, Muti was amused and turned to the man clapping and said, “There’s a beautiful slow movement yet about the beaches in Sorrento, even though there are no beaches in Sorrento! And we haven’t even got to my part of the country yet, the South!” When the fourth movement about Naples, Muti’s hometown, began with Strauss’ variation on a familiar Neapolitan folksong, Muti beat his heart as if to say, “this is me!”

The program opened with Mason Bates’ “The B Sides,” the most substantial piece yet heard here by the young composer that Muti chose as co-composer-in-residence and who is writing a world-premiere work for Muti and the CSO that will be heard next season. Muti chose Bates for the position based on “his interesting use of color and texture” and as Bates told me about Muti, “He doesn’t just phone it in, he really knew this work.”

Muti surprised everyone by wandering in unannounced in the middle of Bates’ Friday night club event at Redmoon Theater, later also joined by Yo-Yo Ma. “Forgive me for being overdressed,” whispered Muti, “but I had a dinner with the donors tonight. My children would not believe where I am and what I am doing!” Muti stayed a couple of hours and took in the proceedings quite intently. Although he did not gyrate to the electronica beats, he was fascinated that everyone was moving “up and down in a single motion.” At one point, Muti asked if I thought “anything would come of this.” I responded with an assessment of other such crossover events and what effect that they have had from my experience on audiences from all sides. “No, no,” said Muti, clearly with something else on his mind. “I meant will any romance come from all of this moving up and down?”

Yo-Yo Ma was also enjoying the club event, and offered performances of the Schumann Cello Concerto with Muti and the CSO all week and had been involved with a couple of “Citizen Musician” events in his function as the CSO’s first-ever creative consultant. Most touching was Ma’s spoken and musical tribute to first lady Maggie Daley’s enormous contributions to the Chicago arts scene on Sunday afternoon, the last day of her husband’s twenty-two-year stint as mayor, who was at her side in the audience along with much of the Daley family. Despite this being the now-former-mayor’s last public event as mayor, all of the attention was focused on Maggie.

“I am leaving but will be back next September,” Muti said to the audience at his final season concert Saturday night, “but always stay very close to your great orchestra.” 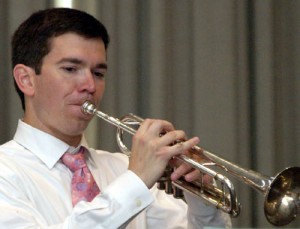