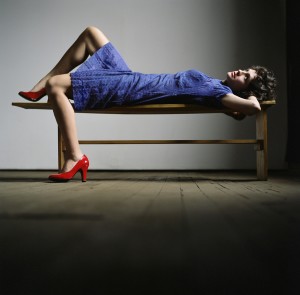 New York-based Jenny Scheinman is a multifaceted musician. A fiddle player since an early age, she got the attention of critics and fellow musicians alike after the release of her 2011 “Live At Yoshi’s.” She has since performed with the likes of jazz guitarists Marc Ribot, Bill Frisell and even Lou Reed.

She recently discovered her singing voice as a folk-rock singer, and her career took a completely different direction. On her 2008 self-titled album (which features Frisell, co-producer Tony Scherr and drummer Steve Jordan), she sounds like a cross between the vocal fluidity of Joan Baez and the pop sensibilities of Edie Brickell and Sheryl Crow all wrapped into one on tunes such as “Come on Down” and the soft ballad “I Was Young When I Left Home.”

On her current tour that stops at Old Town School of Folk Music, she will be opening for legendary folk singer Bruce Cockburn and later joining his band as a side woman. Expect plenty of improvisation and a great vibe from both sets. (Ernest Barteldes)