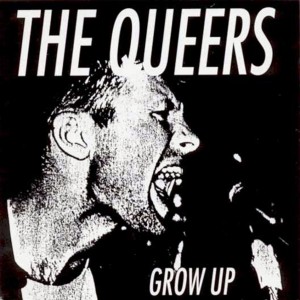 The Queers haven’t given listeners something new since, well, maybe ever. In its obvious Ramones worship, the band, a New Hampshire-based ensemble, has written about girls, beer and being poor for more than twenty-five years. Pushing aside innovation for streamlined complacency seems to have worked at least a few times over the trio’s career.

Agreeing upon a definition for whatever constitutes punk won’t ever occur. Some would require a politicized stance. Some would lobby for mohawks. Instances arise in which either might be applicable, even both. But a pair of songs from the Queers lyrically and sonically bolster a branch of the genre. Compiled on “A Day Late and a Dollar Short,” both “This Place Sucks,” on which local woman-puncher Ben Weasel gets a songwriting credit, and “I Don’t Wanna Work” find the Queers angling for the most empty-minded conception of a music some saddle with a message.

There aren’t too many lyrics during the fifty seconds it takes to listen to “This Place Sucks.” Snarling the title repeatedly seems to do the trick, but that’s the whole message. The Queers don’t get into solving the problem—moving’s not difficult. Instead, they just collectively bitch about it in the most minimal way possible.

Ignore the purposeful nihilism “I Don’t Wanna Work” comes along with. In the song’s tiny-minded oompa beat, a sophistication of accidental labor concerns becomes pretty apparent. No, no one wants to work. And yes, it sucks. For these Northeasterners, the best way to solve that problem is to abstain from minimum-wage gigs and live off their father’s dough. If we can only figure out how to apply this concept to the ten percent of unemployable Americans, our problems would be solved. Joe Queer and company won’t suss out the debt on Sunday or play anything surprising for longtime fans. There will, however, be dumb rock music and beer. (Dave Cantor)