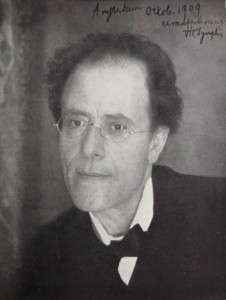 In 1907, composer Gustav Mahler was diagnosed with an infection of the inner lining of the heart. He died four years later, 100 years ago last month, at the age of fifty. The Mahler death centennial is being commemorated throughout 2011 across the music world, including at this week’s season-finale concerts of the CSO.

Death was a constant companion to Mahler throughout his short life. The tavern owned by his father was adjacent to a funeral parlor and marches and dirges were his childhood aural wallpaper. In addition to the constant funeral processions in and out of the compound which Mahler’s music would often go on to emulate, Mahler lost eight of his fourteen siblings before reaching adulthood.

When Mahler set to work on the song cycle “Kindertotenlieder” (“Songs on the Death of Children”) set to haunting poems of Friedrich Rückert, his oldest daughter died in what his wife Alma took as a self-fulfilling prophecy. This capped a series of unrelenting tragedies for the composer that included the diagnosis of his fatal heart condition which actually drove Mahler to work harder rather than rest, in order to finish as much work as possible before his untimely demise.

Mahler composed the orchestral song cycle “Das Lied von der Erde” (“The Song of the Earth”) after his mammoth Eighth Symphony (“of a Thousand”) and subtitled the work a symphony. However, given that Beethoven, Schubert and Bruckner had all died after writing a Ninth Symphony, he superstitiously refused to place that ominous number—or any number—on the work and felt that he could somehow cheat fate as a result. Ironically, Mahler would go on to write a Ninth, and even an un-orchestrated Tenth Symphony, which he would not live to complete.

The symphony that Mahler did affix the fateful number “Nine” to reflects a resignation of the acceptance of death despite enjoying every last moment of life, an immensely personal statement from a composer not only grieving for his lost daughter but also wrestling with the meaning of his own impending death from his fatal heart condition.

The finale of the massive, conflicted and personal journey of the Mahler Ninth Symphony fades into existential nothingness and remains a pivotal symphonic statement, culminating as it does the Romantic era of the nineteenth century as well as serving as a precursor of the twentieth-century music that would follow. 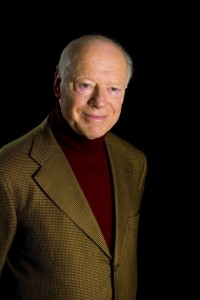 The Chicago Symphony Orchestra is often considered the finest Mahler orchestra in the world. Sir Georg Solti got the Mahler ball off the ground in Chicago with electrifying performances and definitive recordings in the early seventies that remain for many the standard by which other Mahler recordings are judged. They are still in a class by themselves and did loads to popularize Mahler in America.

CSO players of the Fritz Reiner era used to say that he would have loved to do more Mahler than he did in those days, but Mahler was still considered a fringe composer by many at that time, a view that Solti’s successor Daniel Barenboim had for years. He began doing Mahler reluctantly here with varied results, but had become quite nuanced by the time he left with the Mahler Ninth, which he performed as his penultimate set of concerts here.

Riccardo Muti is not a Mahler conductor and has no plans to become one, so for the moment, former principal conductor Bernard Haitink remains the CSO’s Mahler conductor of choice and has performed and recorded a number of Mahler symphonies with the orchestra. These are such broad canvases that it takes a unique conductor both to grasp and convey to an orchestra and an audience the depth of these works, a talent Haitink has demonstrated in this repertoire time and time again. This week Haitink takes up the Mahler Ninth in commemoration of the Mahler death centennial, for the final concerts of the CSO’s 2010-11 season. (Dennis Polkow)