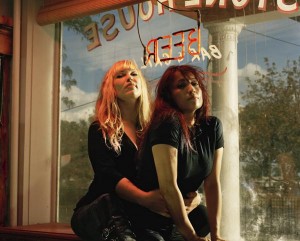 Ignoring the Detroit Cobras building its legacy on the backs of other’s songwriting is impossible, but the band’s delivery helps mitigate the transgression. At least there haven’t been any licensing squabbles to note. Hugely successful acts working in well-selected covers have been indispensable in shaping rock ‘n’ roll. How good is the Stones’ “12×5” and what would it be without Chuck Berry’s work opening the entire affair? More telling, though, might be Creedence Clearwater Revival beginning its entire recording career with a then-unknown track by some weirdo in a cape, hollering about being possessed by some bad juju. “I Put a Spell On You,” Screamin’ Jay Hawkins’ classic, turned a passable rock act from the sixties into psychedelic swamp evacuees over a four-minute runtime. Tossing in a tune penned by Steve Cropper didn’t hurt CCR’s first album, either. And the eventual reworking of the Temptation’s “Grapevine” might outdo the original. Similarly, the Detroit Cobras just never felt the need to head far afield from compositions group members believed beyond most listener’s range. Back in 1996, before anyone knew what a White Stripe was, or if De Stijl was a typo, the Cobras went and opened their first album with a Hank Ballard tune. Having Rachel Nagy, a tough-throated femme vocalist, spit out words penned by another Detroiter who ran into a bit of trouble for working it with some broad named Annie made supreme sense. The gesture references the Cobras’ home, overt sexuality and enough updated garage swing to encompass all of the group’s interests. That was fifteen years ago and no one’s looked back. Aligning itself with local imprint Bloodshot Records a few years back might not make perfect sonic sense given the label’s insurgent country fame, but the Cobras working with ex-Oblivians Greg Cartwright amped up the Southern charm a bit. (Dave Cantor)