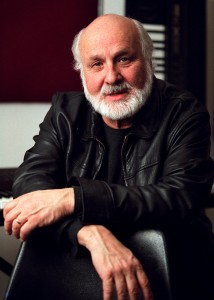 A founding member of the San Francisco Tape Music Center, Morton Subotnick released what ranks as the first commissioned work for synthesizer in 1968 with his “Silver Apples of the Moon for Electronic Music Synthesizer.” Issued as a single song, split into two sides, Subotnick layers enough sound atop sound to arrive at a wobbly electronic exposition serving to inform a spate of modern-day oscillator jockeys. During the two sides of his record, specific themes become readily apparent, if not utterly unstable and fleeting. Similar to classical music from the second half of the twentieth century, Subotnick’s work encompasses all the qualities Alex Ross deems necessary for new music. Listening to “Silver Apples,” the first time or the fiftieth, assigning each pitched sound some sort of personality or associating it with a specific kind of instrumentation becomes unavoidable. While the composer, associated figures from SFTMC, and eventually Mills College faculty were busy extricating those new sounds from an array of influences including hippie culture and San Francisco’s general scruffiness, most other performers on the bill for the Neon Marshmallow Festival were being swaddled or a decade-plus away from being born. Joining Subotnick, who headlines Sunday’s bill along with the likes of jazz-noiseniks Tiger Hatchery, are dissimilar groups like Los Angeles’ Lucky Dragons and Pelt, which soldiers on in the wake of Jack Rose’s death a few years back. Adding in DJ sets by folks like John McEntire and some visual art, the Neon Marshmallow Fest might out-stripe the overpriced and overcrowded Pitchforks of the summer. Of course, difficult music, skirting pop song craft doesn’t sport as wide a fan base, but that’s why such congregations are necessary and important. (Dave Cantor)