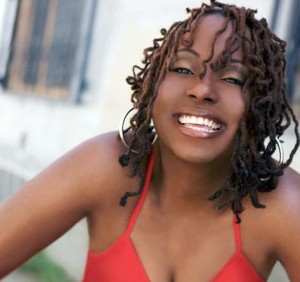 New Orleans-born Ledisi struggled to find her place in the music scene early in her career, but in recent years she has made a splash blending her straight-ahead jazz tendencies with neo-soul sensibilities.  She is equally comfortable as a lead vocalist with bands such as the Count Basie Orchestra (with whom she has appeared in several occasions), and as a bandleader.

On the title track of her latest disc “Pieces of Me,” she sings about a woman who has reached a certain point of her maturity and is finally able to put the pieces together. The arrangement is solid, based mostly on piano, percussion and vocals—keeping it simple to get the message across. The tune was co-written with Claude Kelly, a songwriter who has previously worked with the likes of “American Idol” alums Carrie Underwood and Fantasia.

On a live format, Ledisi exudes confidence and charisma. Her vocal chops—honed from an early age, when she began performing with the New Orleans Symphony Orchestra—are pretty powerful. She leads an excellent backing group, which includes musicians of various backgrounds. (Ernest Barteldes)