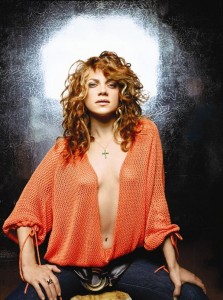 The former child performer (and daughter of late producer and arranger Don Costa) shows on her new EP that she is in constant evolution as a performer. After dabbling in electronic and soul music on her previous efforts, Costa meets halfway by blending all her influences into a very personal musical form. The record opens with the bass-heavy “Head First,” a soul-inflected pop song that sounds ready for remixers and DJs to dabble with. “Never Wanna C U Again” shows her angry-girl side—it’s a female empowerment rocker about not allowing herself another lover’s deceit.

The title track is a bit unimpressive. Costa tries a bit too hard to mix a punk attitude with electronic elements, but the result is at least danceable even if it falls flat musically in comparison with the rest of the material on the disc. On the other hand, the downtempo “Chase the Thrill” has just the right blend of soul and psychedelics without sounding overproduced. The tune shift tempos towards the end, allowing for the instruments to take over and carry on its dreamy state—think of it as a cross between Alanis Morissette and the more trippy sounds of the late sixties in a well-balanced package. (Ernest Barteldes)