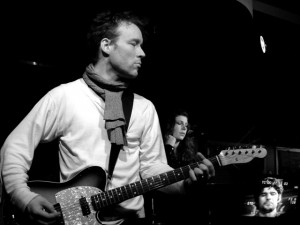 “Try to Sleep,” off Low’s 2011 album “C’mon,” is a renovation—not a revolution—of their traditionally gorgeous sound. It still features the mainstays of the slowcore style they helped to found eighteen years ago: minimalist arrangements, lush vocal harmonies and tumbling percussion. But there’s also a new openness, almost a warmth, to the song’s bass and tapping glockenspiel as they pound in over a meandering synth. Throughout their career, Low has eschewed the expected, which is why more straightforward songs like “Try to Sleep” and “$20” are a welcome surprise. After several albums of experimentation, “C’mon,” recorded in a converted Catholic cathedral, was a return to form, featuring a lighter incarnation of their earlier sound. For a band known to turn down their own volume in noisy venues to frustrate listeners, this is good news for fans.

While Glen Hansard’s musical chops may be more visible in the Dublin-based The Frames, his dynamic voice—both an innocent bleat and a roar at times—are more than enough to engross during a solo show. This goes doubly since he emerged from the casual indie folk of his first album with Markéta Irglová into the more soulful, Van Morrison-inspired offerings of their 2009 follow-up “Strict Joy.” Americans might be drawn to him for his past role in “Once,” but his authentic, emotional engagement with music more than overshadows it. (Mike Gillis)