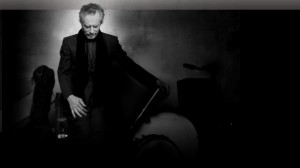 From 1972’s “The Fast One” through J.D. Souther’s re-recording of “Silver Blue” for this year’s low-key “A Natural History,” the singer/songwriter’s vision of country, rock and folk’s intersection hasn’t been daring. But it has been sturdy and enduring, which accounts for a handful of artists from other genres adapting his compositions. Starting out as a jazzbo, toting around a sax as much as drumsticks, Souther found himself in the middle of SoCal’s embrace of countrified sounds during the late sixties and into the early seventies. Never as raucous as the Flying Burrito Brothers or as psychedelic as the Byrds, Souther’s talents afforded him interaction with all those folks while sharing an apartment with soon-to-be Eagles’ frontman Glenn Frey. Souther, in fact, would be responsible for some of that band’s biggest hits. His writing talents weren’t reserved for other players, though. Issuing that first disc in ’72 led to reasonable acclaim and the ability to draw in players like Donald Byrd for contributions on later efforts. A stint with the Souther-Hillman-Furay Band solidified a huge following for the songwriter even as the first leg of his recording career was flitting over the horizon—by the early eighties, Souther would go silent for more than twenty years. The time off, apparently, did wonders for his performance skills. With a rested voice, still sounding like it was 1975, Souther emerged with a 2008 disc, followed by the aforementioned recent album. Taking the stage at Evanston Space presents itself as an opportunity for Souther to play a selection of songs in an atmosphere as congenial to music as it is to storytelling. With the wealth of experience in Los Angeles and Nashville, those narratives might be as striking as Souther at the piano or holding a guitar. (Dave Cantor)