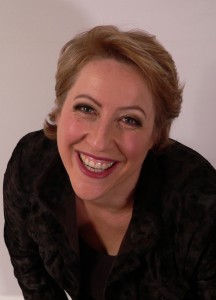 Mahler composed “Das Lied von der Erde” after his mammoth Eighth Symphony and subtitled it “Eine Symphonie,” but given that Beethoven, Schubert and Bruckner had all died after writing a Ninth Symphony, he superstitiously refused to place that ominous number on the work and felt that he had somehow cheated fate as a result. Ironically, Mahler would go on to write a Ninth and even an un-orchestrated Tenth Symphony, which he would not live to complete.

To these ears, “Das Lied” has always been more of an orchestral song cycle than a symphony, consisting as it does of six songs based on medieval Chinese poetry loosely translated into German from French and liberally paraphrased and sometimes expanded upon by Mahler himself.

As such, its maximum impact is largely dependent upon the artistry of the two vocal soloists—tenor and alto are specified, although baritone is given as an alternative for alto—not only in terms of singing ability and sheer power to cut through a full orchestra when needed, but each must have a wide arsenal of vocal timbres and dynamics that appropriately approximate the range of moods expressed in the songs themselves; like all great lieder artists, each needs to be a master storyteller.

In that regard, kudos to conductor Carlos Kalmer for bringing in master Mahlerian German mezzo-soprano Alexandra Petersamer and German tenor Christian Elsner with the added bonus that all of this happens indoors at Harris Theater—blissfully away from the noisy Taste of Chicago—for what could well be the most sublime music event of the summer season.