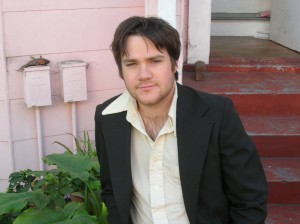 Varying hues of psychedelia have swirled around dingy clubs since the sixties, claiming new adherents every few years with insular scenes like the Paisley Underground or British strains being lauded in print. The new millennium saw a handful of players lumped into a vaguely acoustic strain of the music with bands like the Vanishing Voice eventually turning to electrified concerns. Not easily fitted into any singular conception of tripped-out music, Greg Ashley’s various recording and touring endeavors somehow slipped past most listeners who gravitated towards Devendra Banhart-type caterwauling or increasingly dance-centric Animal Collective clones. Ashley, with dusty roots reaching back to a Texas upbringing after relocating to Oakland, toured the Gris Gris coast to coast for a few years and issued a pair of albums with the ensemble while working up titles under his own name. There’s a through-line at work in those releases comprised of rambling country verses and half-hollered Pink Floyd gestures. Even with such an undeniably broad and well-contrived backlog of songs, Ashley concluded his run helming the band with a recorded performance, released as “Live at the Creamery.” That was three years back, but now he and Gris Gris bassist Oscar Michel head out in an ensemble fronted by both Ashley and Canadian ex-pat King Khan, who did time in a duo with a guy named BBQ before dispatching scuzz-based funk and soul with the Shrines.

“I don’t really consider this a Gris Gris show,” says Ashley over the phone from the East Bay. “It’s just two of us from the band doing a lot of stuff off my solo records. We’re not gonna reform the band and do new records.” The certainty with which Ashley proclaims that last bit should be a downer to anyone even remotely familiar with his band’s catalog. Efforts like “Mary #38” off the ensemble’s 2004 eponymous debut haven’t been absent from Ashley’s solo works, but there’s a mysterious twang behind those nasally couplets detailing betrayal and the crystallization of feeling. The song, a relatively restrained selection compared to longer, eight-minute expansions of the form, only hint at the Gris Gris’ latent potential.

Turning to solo conceptions of composition and performance, but continuing the odd practice of numbering his works, Ashely’s “Medication #5” from 2007’s “Painted Garden” again explores the odd gender relations making up daily life. Here, though, a Leonard Cohen sense of street-corner commerce comes into play. It’s half the tempo of most songs off either Gris Gris album, but still includes more than a passing flirtation with fried neurotransmitters and their resultant electric-guitar work.

While Ashley’s femme-focused songwriting and country-on-drugs guitar style was curdling, he met King Khan, who’d already jettisoned BBQ. “The Gris Gris broke up and he came out here to do some weird Urban Outfitters show for a whole buncha money,” Ashley remembers. “He needed a backing band, so we did a set of half King Khan songs and half Gris Gris songs. He thought it’d be fun and it was. So we’re doing the same thing for this tour.”

In lieu of touring the States with a huge band, which at one time included a horn section and a dancing girl, Khan’s opted for a four-piece, shuttling back and forth between song books. There aren’t new compositions set for an airing, in part due to Ashley being focused on his recording studio, where he works with anyone from hip-hop fans to jazzbos or anyone from the Bay. Or even Greenland.

“We might try to record something after the tour,” he guesses. “Khan was talking about staying out here when we get back to the West Coast—I don’t know if he’s got some new songs he wants to try out in my studio, but we’re just gonna play it by ear,” Ashley says at the prospect of turning the road show into recorded document. Regardless of the outcome of those possible sessions, Ashley’s set such a supremely multifarious range of sounds to tape, cultivating a core constituency of listeners could remain difficult.

“They are pretty different,” Ashley says of his various projects, laughing at the chance a fan of one record might be displeased with another. “I don’t know, it doesn’t really matter to me.”