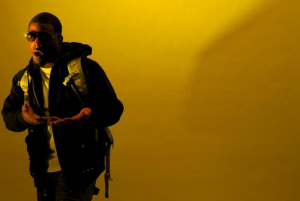 With the world still under the sway of web-cum-real-life rap millionaires, it’s difficult to gauge where Cleveland’s Chip tha Ripper fits in. Granted, heading out on a national tour with fellow Ohioan Kid Cudi can’t hurt the rapper’s visibility. But even Cudi’s gone from releasing mixtapes on which he actually raps to wearing Guns n’ Roses t-shirts and singing. Only one of those is acceptable, and it’s the t-shirt. With a dramatically different flow, Chip arrives on the national scene with a few high-profile collaborations—he’s guested on work from Hi Tek and recorded with Chicago’s the Cool Kids as well as with Mr. Freddie Gibbs. Good company only goes so far and delving into Chip’s latest release, “Gift Raps,” winds up being pretty revealing. Along with some of the requisite dancefloor-ready production, “The Big Bang” being particularly offensive, there’s still a great deal of lyrical savvy. Differentiating between intelligence and knowledge doesn’t take up too much space in most rhyme books, so the realization that elevated thought is part and parcel with Chip’s commercially poignant music makes him a unique figure in the increasingly cluttered class of up and comers. Of course, the Cleveland MC works in some discussion of relationship disconnects and getting high. But with any recording from a young microphone fiend, recollecting what brought the performer to a career in music sounds sincere and provides some of the better first-person narratives found on independently produced rap stuffs this year. While Curren$y continues to be one of the biggest hoaxes put over on hip-hop audiences, Chip’s digital savvy and connections with Terry Urban, Mick Boogie and, of course, a kid named Cudi, should enable the Midwesterner to revel in rap’s relative spotlight for a few more years. (Dave Cantor)