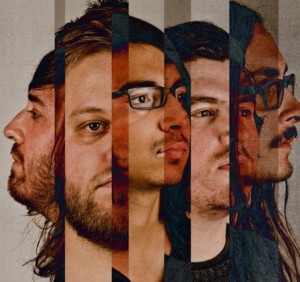 The highlights of this year’s West Fest, programmed by Empty Bottle, draw heavily from the past, but do so in a contemporary rather than nostalgic fashion.

A Lull works the stage on Sunday with their modern, rhythm-drenched electronic sound. This group explores the limits of low frequencies and tones while still remaining within a certain song structure.

Finishing off Saturday night will be a more familiar face (or sound, at least): Local H. Known best for the song “Bound for the Floor,” Local H represents the 1990s. While they may have grunge written all over them, they’re not necessarily heading towards Nirvana. Many songs are upbeat and sunny without losing that twang; others call for vigorous fist throwing and others for kick-dancing.

While fists may be involved with Local H, hips will be involved with one of Sunday’s bands, King Khan. Listening to their music invokes engagement in some crazy form of The Twist, likely because of the explicit presence of sixties influences. Their music is like a blues record cranked up a notch, with the addition of some brighter horns, increasingly detailed drum work, and a pair of Ray Bans.

Over at the DJ stage, aspects of disco creep into the anatomy of Juan Maclean’s music, with the keyboard rippling off layered chords against the beats. Keeping up the pace is Jesse de la Pena on Sunday, whose quick-paced compositions with old-school and slightly dissonant chord progressions recall the best of nineties club music. (Maureen Clancy)