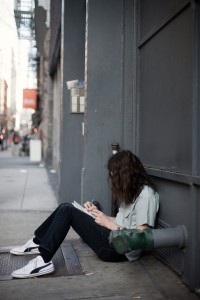 This “unofficial” Pitchfork after-show sponsored by CHIRP Radio features two bands whose intricate sounds definitely merit live, indoor listening. Woods and Kurt Vile have ties going back to 2009, when Woods frontman Jeremy Earl’s label Woodsist re-released Kurt Vile’s first full-length solo album, “Constant Hitmaker.” Formerly a member of the Philadelphia band The War On Drugs, Vile has since released two full-lengths and one EP with Matador, and can claim both Sonic Youth’s Kim Gordon and Animal Collective as famous fans. Vile has a voice that gently echoes alongside hypnotic guitar work or growls as loudly as his backing band, the Violators, who are playing with him both at Pitchfork and at Subterranean. His long hair hangs in his face as he plays, and his melodies, sometimes haunting and sometimes elating, seem to change a space rather than just fill it. Woods, known for engaging live shows, plays well-crafted psych-folk songs that range from being poppy enough for a sing-along to unpredictably and excitingly strange. Arc In Round, dream-pop hailing from Kurt Vile’s hometown of Philadelphia, also plays. (Rachel Lazar)