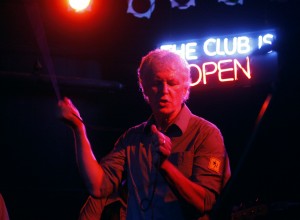 As a well-known training ground for fledgling acts, the Pitchfork Music Festival has helped vault more than a few fledgling acts to national prominence since its first lineup in 2006. But one of the truly great things Pitchfork has been able to do is use its summer concert as an indie rock preservation fest, bringing the groundwork for today’s scene to its young audience. They’re creating a modern rockist aesthetic by bringing back bands that influenced mainstream acts of the late eighties and early nineties, but never found much radio play themselves. In 2007, Slint did a runthrough of their highly influential 1991 album “Spiderland” and Sonic Youth performed its seminal “Daydream Nation.” Purveyors of early nineties alt-rock Dinosaur Jr. and The Jesus Lizard had sets in 2008 and 2009 respectively, and Pavement reunited there, to resounding acclaim, in 2010. This year, Robert Pollard and the “classic lineup” of Guided By Voices take the stage on Friday. Pitchfork knows that being a major trend setter means not only remaining fashionably ahead of everyone else, but also keeping an eye on the past. (Alex Baumgardner) 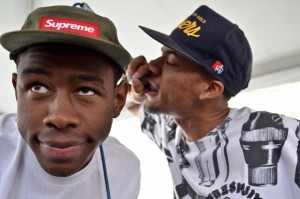 Odd Future is a musical collective that has rarely been at any great distance from the limelight of the musical press in the last year or so. An unbelievable amount of hype surrounds the group from a predominantly white demographic of publications, ranging from Pitchfork to the New York Times. While Odd Future’s music was what initially garnered the attention, the ongoing debate about their lyrical content shot them to stardom as they amassed wave after wave of publicity. The stories of rape and murder in many of their songs are so saturated with misogynistic and homophobic rhetoric that endless articles have been written where “moral abhorrence” is the underlying theme.

Pitchfork has brought the debate over Odd Future’s lyrical content to the streets of Chicago by going beyond the realm of critical appraisal to providing them with a platform for their message at this year’s Pitchfork Festival. This has attracted the attention of local anti-domestic violence and LGBT groups, who will protest in the surrounding West Side area of Union Park. Between Friends, an organization that has been fighting to “break the cycle of domestic violence” and create “a community free of abuse” for twenty-five years, will be handing out 5,000 cardboard fans that feature a powerful message and resources for those suffering from domestic violence. The Between Friends program director, Yesenia Maldonado, explains that they respect Odd Future’s right for artistic freedom but aim to provide a counterpoint to the message that they portray.

This message that Odd Future does portray is unacceptable, and particularly at a festival such as Pitchfork where the main organizer is not a publication that would associate with what they depict in their lyrics. Festival audiences are a diverse bunch and, unlike at a headline show, not everyone will be aware of or prepared for Odd Future’s lyrics. The experiences of domestic violence and homophobia have plagued the lives of countless people across this country and some of these people may make up the unaware festival audience who face potential torment in an environment that they should be able to feel safe in. For a company like Pitchfork to provide a means for these damaging lyrics to reach the ears of tens of thousands of people, and then to profit off of it, is frankly disgusting. Pitchfork would not allow booths that hand out misogynistic or homophobic material on the festival grounds; therefore they should not allow it on a stage dressed up as art.

If the furor surrounding Odd Future’s appearance at Pitchfork is anything to go by, it would not be terribly surprising if their show went the same way as their appearance at T in the Park in Scotland went last Saturday; with a barrage of water bottles and a truncated set length. (Ben Small)

Pitchfork is Hot. Too Hot.

My strongest memories of this festival, from its very first years, is hot, humid and hotter. Does the Park District cut the festival a special deal to take its facility on the most undesirable weather weekend of the summer? Though I’ve not studied meteorological history, I offer the current forecast as evidence: Friday, 85 degrees; Saturday, 91 degrees; Sunday, 94 degrees. That small public swimming pool, just outside the festival fence, is like a karmic taunt to those within. (Brian Hieggelke) 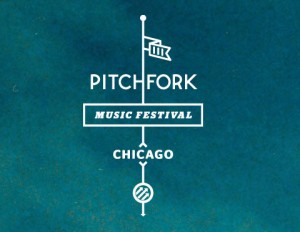 Can Pitchfork Fans Afford Their Festival?

Economically, the Pitchfork Music Festival has been enticing since its birth, providing quality music and a fun weekend at a graspable—if not downright cheap—ticket price. This has been one of the concrete reasons why people attend Pitchfork. However, this boast is now a whisper, as the price is visibly rising. The current cost of tickets, $45/day (not including those pesky fees) is a far cry from the $15/day tickets from the very first festival (then called Intonation).

It probably does have something to do with the economy, but blaming it on that alone seems like an evasion of more fundamental reasons. The evolution of the event is partially responsible, as its popularity has risen steeply over its lifespan. The bookings have gone from mostly underground artists (at the time) to larger, more well-known groups. The lineups are still technically independent, but most of the artists aren’t struggling. It’s no longer a jumping-off point for artists as it is a validation of indie royalty. With that shift, it only seems natural for Pitchfork’s prices to go up.

Unlike other festivals that increasingly cater to an aging demographic, Pitchfork’s main audience consists of the younger generation; those who are primarily interested in the independent and experimental music scenes that the festival caters to. With youth often comes poverty, and with poverty comes a need for alternatives. The festival prides itself on its accessibility, but its cost is inching beyond the brink of affordable and bordering on average, which may have devotees biting their nails. (Maureen Clancy) 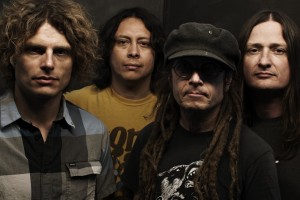 A common criticism of Pitchfork throughout its sixteen-year existence, other than its ludicrous rating system, is that the content of the website comprises a niche category of obscure and alternative lo-fi indie or electronic rock. So much so that bands can have a Pitchfork “sound” and, dare I say it, this innocuous garden tool-cum-media behemoth could be regarded as a genre in itself as the bands it covers spawn endlessly multiplying clone bands. That is, however, the nature of the internet. It provides for niche audiences in a way that mainstream press cannot. Other prominent music websites face similar accusations of being one-dimensional, such as Punknews.org with its relentless coverage of bearded, gruff punk bands.

In more recent years, Pitchfork has attempted to expand its horizons to other genres, yet the move is slight and reeks of tokenism. The clearest evidence of this is on the lineup of the annual Pitchfork Festival where bands that clearly do not fit on the bill are shoehorned in to provide a “mixed” lineup yet sit awkwardly alongside the plethora of other bands that have a distinct sound within the Pitchfork formula. Typically, a couple of hip-hop acts alongside a punk band and a metal band sit uncomfortably next to the usual fare. Noise-rock band Lightning Bolt, hip-hop act Raekwon and the hardcore punk band Fucked Up have all played in previous years. While this year sees the inclusion of Kylesa, a sludgy metal band from Georgia, OFWGKTA, a hip-hop collective from LA and OFF!, a hardcore punk band fronted by the original singer of Black Flag and Circle Jerks. Their inclusion comes across as disingenuous and poorly thought through; three or four acts that deviate from the formula out of a total of forty or fifty does not make a lineup mixed.

Pitchfork Festival would have more integrity with a genuinely mixed lineup with depth and variety. One need only glance at the summer festivals across Europe to see how it’s done. If that is not an option, then they should simply stick to what they know best; obscure, lo-fi, indie and electronic rock. (Ben Small) 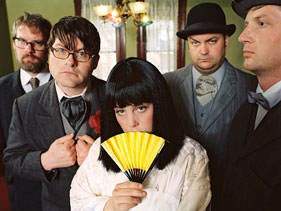 Personal Highlights of Pitchfork Past

Tumbling around in the grass with 10,000 or so friends, at dusk, at the behest of Colin Meloy of the Decemberists in the inaugurual festival. Seeing the lead singer of Bonde do Rolê give her all so much during their set in the DJ tent in 2006 that she broke her arm.  (Brian Hieggelke)

[…] of local tastemakers like Greg Kot, Jim DeRogatis, et al. on the (Clear-Channelization and/or Snobification) of the outdoor music […]

This Weekend: Beyond Lollapalooza - Chicago Detours

[…] of local tastemakers like Greg Kot, Jim DeRogatis, et al. on the Clear-Channelization and/or Snobification of the outdoor music […]