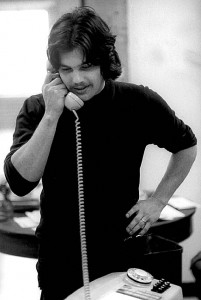 If Horatio Alger had read the Pitchfork story, he might have dropped to his knees and wept. Its twenty-first century “up from the bootstraps” narrative could be told like this: a Midwestern high school graduate relentlessly pursues his dream as a rock writer, beats back the inevitable bands of naysayers and becomes quite possibly the country’s most prominent voice in music. A true bit of determinism. Sixteen years after its launch, Pitchfork’s influence is undeniable. Out of the tsunami of web-zines and music blogs that have flooded the Internet since its earliest incarnation, Pitchfork now stands alone. And that is due to a lot of hard work by founder and CEO Ryan Schreiber.

It could be argued he’s the Jann Wenner of our era—a label sure to tickle any music writer or alternative media mogul at least a little bit, even if they won’t admit it. Both sit atop the mastheads of culture-shifting media outlets, and both have endured controversy regarding the operation of their respective publications. There is a distinct difference, however. Wenner’s Rolling Stone made a name for itself with its criticism and news coverage of the music business, yes, but just as much so for housing some of America’s most notable writers. Pitchfork, however, does little if any actual reporting and a small army of writers, whose names don’t exactly ring out with the same cachet (not yet, anyway), pen most of its reviews.

And as a result, despite its firm position as a worldwide tastemaker, Pitchfork’s approach has caused a very divisive argument among music writers that begs the question: is Pitchfork killing the rock critic?

The site’s reviews have endured heavy parody. Its sometimes verbose writing, random acts of revisionist history (a 0.8-rated review of Belle and Sebastian’s “Boy with the Arab Strap” mysteriously vanished from the site in the wake of the record’s near universal acclaim) and inability, however unfair, to shake the stigma that it doesn’t pay attention to established artists have caused enough public dustups to make any popular magazine proud. But a hallmark of pop music writing has always been its culturally literate, powerfully voiced critics. Jim DeRogatis, former music writer for the Chicago Sun-Times and co-host of WBEZ’s rock ‘n’ roll talk show “Sound Opinions,” says Pitchfork puts the voice of the company ahead of the voice of the writer, which is something that can lead a publication down a dark road. 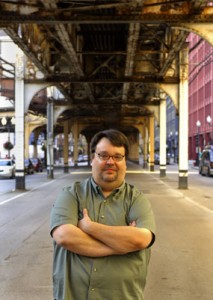 “It is really interesting to me that Pitchfork has reached the level of prominence without having the bylines that you die to read,” he says. “I think it’s partly about the brand. Make the brand as big as possible. Take Lollapalooza. That fest has nothing to do with the name it comes from. Pitchfork has been really good at building a name. What does that mean for criticism? The jury’s out.”

It’s the web publication’s absolutist tone (“It’s also revealing that they don’t allow comments,” DeRogatis notes) mixed with its ambitions as a concert promoter that causes alarm. As the two grow more codependent on each other, it becomes difficult to tell when, and if, it is wearing the mask of a critical outlet or an indomitable, cash-hungry marketing organism. This is certainly not unfamiliar terrain. Steve Knopper, a contributing editor to Rolling Stone who covers the business of music, points out that the Chicago Tribune owned the Chicago Cubs and covered the team with the same mix of news and commentary as any other paper would. But it still causes one to ask whether or not a glowing review, say of the recent Bon Iver album (which was given a 9.5 out of 10), is a heartfelt piece of criticism, or a way to sell tickets for its upcoming Paris festival, which the band is headlining. While Pitchfork certainly isn’t committing a war crime with its festival, DeRogatis said coupling its critical brand with its festival arm is dangerous because it trivializes the role of the critic by treating music simply as entertainment. It’s more important, he says, and deserves to be treated as such.

“Why? Because it matters! It’s not entertainment. This is art goddamn it!” he says.

“It’s life. It saved my life, it saved a lot of people’s lives,” he said. “To do anything that devalues it, I think it’s sad. And I think the writers at Pitchfork love it in the same way all the critics have. I think the people who run it, don’t.”

In an interview DeRogatis recently conducted with Schreiber and Pitchfork president Chris Kaskie, Kaskie talked about the goal of the festival. “We don’t have a real-world tangible community as Pitchfork, an online music publication,” he said. “This is how we connect with our community in a small way that is tangible in real life and is reflective of what people can find on the site every day. So you can’t say that the festival is a different thing than covering the music.” 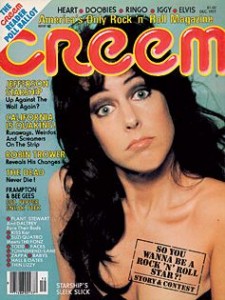 One of the great things about Pitchfork is that it is one of the largest and most accessible curators of modern music of its or any generation. And the festival is generally a manifestation of that. While it may lack the authoritative voices of its forefathers like Creem, The Village Voice (in its heyday) and Crawdaddy!, the web-zine is without question the place to go to for anyone with a rock-inclined sensibility to find out what record they need to listen to, right now. Perhaps it’s simply the result of a generation of obsessive compulsive, “High Fidelity”-inspired music geeks, but its dozens of “Best Album” and “Best Single” lists give Pitchfork’s readers more than they’ve ever had in terms of selection and choice.

But whether it will ever start to show any real atavistic traits and begin pulling the best bits from the publications that went before it remains to be seen. An ever-expanding brand like Pitchfork’s discourages the forceful writers—who still may bloom yet out of its ranks—from remaining with the publication for long, whether it intends to or not. Look no further than Bill Simmons, the rock-star sports columnist at ESPN who has publicly battled the restrictions of operating under its brand, and made an attempt to branch out on his own.

And its lack of real journalism, among other things, is noteworthy. For example, the site did very little actual reporting on the 2010 Ticketmaster/Live Nation merger. Aggregated blog posts updated readers with information from established news outlets like the Chicago Sun-Times, Wall Street Journal and New York Times. But little original reporting was done by Pitchfork on an issue that many believe could cause the already high cost of concert tickets to skyrocket. Still, Knopper says he loves Pitchfork for its curator function, and its aim is simply different from its predecessors. 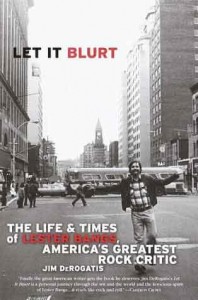 “You can’t be all things to all people,” he says. “I think of Pitchfork as an online music magazine. And the framework of regular music magazines over the last forty years, going from Rolling Stone back to Crawdaddy!, is that you supplement your criticism with news reports and journalistic stuff… But generally I think their philosophy is different.”

(Pitchfork editors could not be reached for comment on their journalistic practices.)

There’s a lot of talk about the fundamental difference between how things were done in the early days of pop-music writing and how they have to be done now. And that’s true in many respects. But one striking similarity remains. Many of the old-world music writers working today started out in basically the same way as Pitchfork: doing something else to pay the bills while staying up late, going to shows, doing any interview they could, writing reams of copy and stapling together poorly Xeroxed zines. Chicago Tribune music writer Greg Kot told me in an interview I did with him a year ago for a school project that his original goal was to be a Tom Wolfe, a Norman Mailer. But then in college he fell in love with Patti Smith, and later started Ego, a zine he ran in Chicago during the eighties, combining his sense of a classically trained journalist with a doe-eyed passion for the art every music journalist has. Pitchfork was started with and still maintains that passion for music, but it wasn’t ever backed with the journalistic ideal. It might not be fair to expect it from a twenty-first century media monster, but it doesn’t mean we shouldn’t hope for it.

“As a critic, I don’t want to be the last word. I want to get the conversation started,” DeRogatis says. Pitchfork is not the last word, but it certainly is the loudest right now. They help bring more music to more people than any publication of its kind ever has. And for now they seem content with that. But if we’ll see another powerful important voice—the twenty-first-century Lester Bangs or Robert Christgau—come out of the Pitchfork generation it remains to be seen. “But when one emerges, you’ll know,” Knopper says. “I have Roger Ebert bookmarked, and I pay attention to every word he says. I use him to determine what movies I watch or which one to go to. I don’t do that with Pitchfork.”

“God bless them,” DeRogatis concludes. “I think the vast majority of the people in the trenches there are doing it from a place of deep and abiding love. For the first eleven years of me writing about rock ‘n’ roll, I was not paid a dime. If I was fired from every paying gig tomorrow, I’d still be writing. I did it before and I’ll do it again. It’s not a matter of jealousy; it’s of wanting it to be what it could be, the modern-day Creem.”