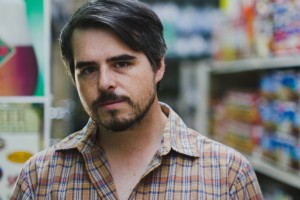 By all estimates, Pitchfork should have vanished long ago. Scrapped together during the same dot-com bubble that birthed such music web ephemera as SonicNet (remember them?), the site has fared through the collapse of many of its rivals to become one of the greatest success stories of the era, attracting 350,000 visits per day, and two million unique visitors each month, according to the press kit tucked away at the site’s footer.

It’s the same press kit that positions Pitchfork as the tastemaker of the indie generation with all of the subtlety of a fashion magazine. One page of the kit features a series of blandishments from Bono concerning how Pitchfork’s readers treat music “very seriously… like tap water.” Another, listing “advertiser acknowledgments,” positions compliments from such beneficiaries of the indie aesthetic as American Apparel alongside the more discrete logos of Nike and Microsoft. According to Site Analytics, an organization that tracks web traffic, Pitchfork received roughly one-fifth of the visitors that Rolling Stone’s website did in May. It’s a world away from where they started.

“Irrational exuberance” is the phrase that comes to mind in defining the internet milieu of the late 1990s, when Ryan Schreiber made the decision to found Pitchfork Media as a webzine. In 1995, Schreiber was 19, a recent high school graduate living out of his parents’ house in the suburbs of Minneapolis. Until he was 13, he watched MTV for his primary music source. After his discovery of alternative music, though, he began to question the sources and intentions behind these sources. His later adolescence was steeped in the city’s alternative music press—the sort of legendary fanzines for which Minneapolis is known. Lacking his own photocopier to emulate them, Schreiber turned to the relatively unmined realm of the internet.

Basing the name on a tattoo of Tony Montana in “Scarface,” Schreiber registered Pitchfork Media using the funds from his job as a clerk at a record store, and began posting on February 1, 1996. While those posts have been officially effaced (the present Pitchfork website only tracks back to 1999), much of the content has been salvaged through third-party web records.

Barring nostalgic nods to music distributor InSound and defunct file formats, these archives read remarkably like a crude microcosm of the modern iteration of Pitchfork. Reviews by staff and unpaid contributors are still grandiose and occasionally incoherent in descriptions, as if the writers are too engaged in musical bliss to be troubled with syntax. Meanwhile, news and interviews aim for a more intimate dynamic with certain key players in independent music.

Yet, a certain anti-corporatist, willfully alternative mien dominates much of the site’s archives, in a way partially abandoned in recent years. In a disavowed 1997 review of Radiohead’s seminal “OK Computer,” Schreiber makes the brash, run-on claim that it is “the first album to intelligently express vehement hatred toward the corporate world’s replacement of human emotion and personality with robotic behavior in their attempt to be ‘more professional.’” In another review, a writer all but apologizes for reviewing the Red Hot Chili Peppers’ multi-platinum “Californication,” indicating he “frightened friends of mine” by “declaring that he was looking forward” to it.

The album reviews have the intimacy and playful experimentation of the fanzines from Schreiber’s high school years, namedropping friends, referencing personal experiences, and resorting to atypical formats and styles when it was called for. One, for Sonic Youth’s “A Thousand Leaves,” presents itself as a classified CIA document. If not informative, it’s entertaining, taking aim at mainstream sentiment as dehumanizing and conformist, and thereby implying the opposite about Pitchfork Media.

Perhaps more importantly, the website’s writers were prolific, producing over 1,500 reviews in the space of three years, in addition to daily content updates. Through some combination of luck and the aforementioned features, this assisted Pitchfork in struggling out of the collapse of the dot-com bubble. Why it was them, and not SonicNet, that survived the financial bust is up to speculation.

Around the autumn of 2004, the hit count suddenly exploded for Livestock World, an online purveyor of Arabian horses and Highland cattle. The attraction of the site is puzzling, until taking into consideration their increasingly valuable asset: the URL of Pitchfork.com.

In the first half of 2000, Schreiber had witnessed the transformation of the Pitchfork Media brand. As the site began to penetrate into the nascent consciousness of the internet in 1999, he transferred his base from Minneapolis, relocating to Chicago, which the company currently claims as its hometown. According to a Wired feature, during this period Pitchfork’s readership erupted from 30,000 visits per day to 150,000. Annual guides to the year’s best releases attracted interest, as did surveys of prior decades. The site’s staff became renowned as indie kingmakers, using their 10-point rating system to lionize future stars, as in their 2004 review of Arcade Fire’s “Funeral,” credited by the Washington Post for cementing the band’s fame.

The number of reviews published weekly shrunk, as did the site’s name. Livestock World’s page went dormant in the spring of 2007 and was transferred to Pitchfork Media, which organized a relaunch and renaming in 2009. While the decade reached its endpoint, Pitchfork became synonymous with a specific aesthetic of cultural elitism. As the site came under scrutiny for revising and deleting past reviews to keep current, The Onion and David Cross parodied its increasingly ubiquitous style as harsh and overwrought.

Recent developments have marked a significant shift in the philosophy regarding what Pitchfork feels fit to cover. Whereas in the earlier, unacknowledged years of the website pre-1999, the writers had neglected reviewing such mainstays of rap and hip-hop as Nas and the Wu-Tang Clan, a newfound embrace of popular music as a whole characterizes its actions of the past few years. Kanye West’s 2010 “My Beautiful Dark Twisted Fantasy” took the sought-after album of the year award, while “Out the Trunk,” a 2011 column, has been cataloguing free online rap mixtapes. In an addendum to a 2008 interview with the Chicago Sun-Times, Schreiber denied Pitchfork was attempting to cater to a broader audience for the purpose of expansion, stating the “logical step,” which Pitchfork was avoiding, was to “start trying to get interested in records with a little more widespread appeal.”

As Schreiber departed from his role as a writer, he again relocated, this time to Brooklyn to become increasingly involved in expanding Pitchfork’s goals. In 2005, the website was called upon to co-curate the Intonation Festival with Jon Singer and Mike Simons in Union Park. That partnership split the next year, with Intonation quietly declining until its cancellation in 2007. Meanwhile, the Pitchfork Music Festival continues to thrive by recruiting the very musical aesthetic adulated on the website. (The New York Times cites the statistic that only “two of the bands playing [2010]’s festival received a score lower than 7.5 from the site for their most recent release.”) Recent years have consistently sold out.

More unexpected expansions of the Pitchfork brand include a 2008 partnership with Take-Two Software to pick part of the soundtrack for a new iteration in their popular Major League Baseball 2K8 series of video games, and the launching of an online music television station, Pitchfork.tv. An alliance with ABC News in 2009 assured further exposure of the Pitchfork name and aesthetic, with their writers taking turns highlighting more established indie names like Bon Iver and Andrew Bird to an older generation.

The struggle, of course, remains how to maintain Pitchfork’s original aesthetic of selectivity whilst incorporating this mainstream expansion. Schreiber claims he has isolated himself from the site’s writing, preventing a conflict of interest from the site’s advertisers. Yet, as Pitchfork becomes an increasingly mainstream source of music news, it has devolved much of its outsider status through recent partnerships. Last summer, it launched Altered Zones, a collective of young bloggers who cover material too outré for front page features on Pitchfork. Similar in tone is a partnership with Kill Screen, a small gaming magazine with articles one might consider experimental in the field of video games journalism.

The end result is the removal of an impediment. Pitchfork continues to thrive by expanding its appeal to a more mainstream audience, while its association with a selective and cutting-edge aesthetic remains. How can a site advertising Wrigley chewing gum maintain outsider chic? The answer to this Gordian knot ends up being the simplest one: They don’t. Instead, they leave the outsider posturing to others, and focus on curating cool.

[…] Pitchfork will add a paywall this year The Curators of Cool: A History of Pitchfork Media […]