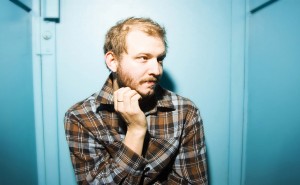 A small, sequestered cabin haunts Bon Iver’s eponymous second album. In a recent Pitchfork interview with Gregory Euclide, the artist behind the kaleidoscopic, dilapidated landscape on the release’s cover, he describes a moment of tension upon realizing he had unconsciously excavated imagery buried by frontman Justin Vernon in recent years. Euclide had painted a cabin, just below the center of the cover art. “I don’t know about that,” Vernon reportedly said.

His reluctance to embrace this history makes sense. The mythology of a solitary, dejected troubadour has become the stuff of legends—and endless satire—commonly overshadowing discussion of the music itself. Yet, while his second album may eschew the solitude of “For Emma, Forever Ago,” with an eight-piece band and pastiche nods to New Wave in “Beth/Rest,” it remains steeped in the slow, gorgeous folk endemic to the sound of Bon Iver’s original LP and EP. Expansion to a larger ensemble, if anything, has allowed Vernon greater latitude in toying with the ambient and listless texture-work of his Volcano Choir project. Melodies morph and strain against off-key synthesizers and off-signature percussion. Vernon’s husky vocals blend into buzzing saxophones. Still, the electronic experimentation never sounds like ornamentation. After all, when Bon Iver first debuted, taking the risk of auto-tuning in “Woods” and “The Wolves (Acts I and II)” earned Vernon some of his most emotionally mesmerizing moments. Similarly, the ambient textural work on “Holocene” makes it his most astounding composition to date. (Michael Gillis)