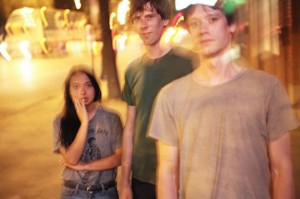 The Milwaukee Avenue Arts Festival differentiates itself from other Chicago street fests by placing a focus on exploration of the many independent art galleries in the neighborhood. However, it is worth getting to Logan Square even if it’s just to see some of the great local bands that will be playing. Here are a few highlights of the more-than-forty bands playing over the course of the three days. On Friday, there’s sure to be a dance party when JC Brooks and the Uptown Sound, whose explosive jams gained attention on Numero Group’s Eccentric Soul Revue tour in 2009, perform at 9pm. You can hear two different takes on psychedelic pop earlier in the evening: at 6pm, the dreamy Secret Colours, Columbia College students and Brian Jonestown Massacre fans; while at 8pm, the more uptempo, garage-tinged Outer Minds plays. On Saturday at 6pm, hear the garage girl-group Hollows, and the ubiquitous White Mystery at 9pm. Sunday kills it with Black Math playing its dark and densely layered yet melodic synth pop at 7pm, followed by Tyler Jon Tyler, often labeled garage pop, but whose excellent EP stood out for its uncommonly earnest and addictive songs. (Rachel Lazar)