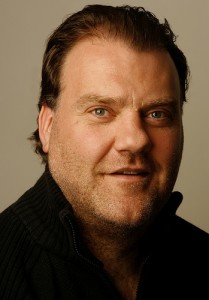 It has been seven years since Bryn Terfel last sang in Chicago. The Welsh bass-baritone superstar has severely curtailed his American appearances and the Met has been his first priority when he does come to the States. This week Terfel makes his long-awaited return to Chicago at Ravinia, where he had several early career triumphs.

Terfel will sing the role of Scarpia in a concert version of Puccini’s “Tosca” with soprano Patricia Racette in the title role and Italian tenor Salvatore Licitra as Cavaradossi, with Ravinia music director James Conlon conducting the Chicago Symphony Orchestra (not the CSO chorus, however, in another Ravinia cost-cutting move).

The title and most popular aria (“Vissi d’arte”) may belong to Tosca, but in many ways, this is Scarpia’s opera, and Terfel is known for his blood-curdling portrayal and for the way that he toys with Tosca and creates sadistic sexual tension with her.

From the three ominous “Scarpia” chords that open the opera, the sadistic police chief who plots to possess Tosca and destroy her lover is the center of the opera both musically and dramatically. Scarpia was Puccini’s first major baritone role—a voice type he was said to not favor—and everything leads to and away from him, his overbearing presence is felt both before his dramatic entrance midway through Act I, as well as after his Act II murder by Tosca’s own hand as he tries to rape her. Indeed, Scarpia’s dirty work even continues on after his death in his having set up a real execution of Cavaradossi instead of the mock one he promised Tosca.

Terfel will then sing his first area recital in thirteen years at 8pm on August 2 with pianist Brian Zeger in Martin Theatre, which will include Schumann, Finzi, Ibert and a tribute to Welsh-American baritone John Charles Thomas. (Dennis Polkow)