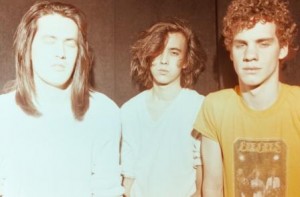 On the Smith Westerns’ self-titled HoZac 2009 debut, frontman Cullen Omori sighed his way through catchy garage-pop songs about love, and the band won the attention of bloggers and fellow artists alike, quickly becoming known beyond their Chicago home base (all of the band members went to Northside College Prep). After playing with Nobunny and Jay Reatard and then touring as openers for bands like Wavves, Girls and Los Campesinos!, the Smith Westerns began to hold their own as headliners; in an interview with Epilogue Magazine, Cullen recalls selling out a free show back in Chicago as a sign that they were getting somewhere. In their 2011 follow-up, ­“Dye It Blonde,” they showcased some slower-paced, lush songs along with the upbeat “Weekend” which recalls their earlier songs with its singalong-worthy “ooh”’s and “na-na-na”’s as well as repeating “a girl like you.” The dreamy “All Die Young,” begins slowly, with the line “I wanna grow old before I grow up,” but ends with repeating back and forth of “love is lovely when you are young” and the song’s title—the words are wistful and sad, but the sound is somehow elating. Onstage they can look distracted or indifferent, but the powerful, melodic songs attract attention enough. (Rachel Lazar)