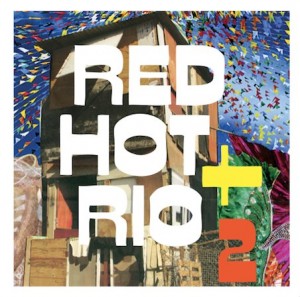 In 1996, a number of American and world artists including Maxwell, George Michael, Sting, Caetano Veloso and Marisa Monte collaborated in the creation of  “Red Hot and Rio,” a landmark compilation that turned out to be one of the most successful albums of the series of recordings that helps raise funds for AIDS awareness and research. The album celebrated bossa-nova era composers like Edu Lobo, Antonio Carlos Jobim and their contemporaries with new renditions of their classic tunes plus a handful of new songs.

A decade and a half later, the Red Hot Organization called on some of today’s top independent singers and songwriters for “Red Hot and Rio II,” which follows up on that first disc by looking at the music from yet another generation of Brazilian music—the highly political, short-lived but very influential Tropicalismo, a movement that responded both to the psychedelics in the Northern Hemisphere and the crushing military dictatorship that took over the country in 1964.