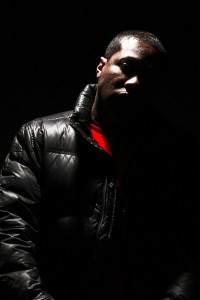 Since J Dilla’s death in 2006, hip-hop aficionados have taken to reassessing the contributions Slum Village, a group the producer helped found during the nineties, made to the genre. Over the Detroit group’s first two albums (four followed), Dilla weaved smooth electronics around rap’s more rugged tendencies while Baatin and T-3 spoke on concerns common to the genre. Finally realizing Dilla’s talents, even after folks like the Pharcyde and A Tribe Called Quest tapped the Midwesterner for production work, his legacy, as well as Slum Village’s continues to morph. Dilla actually ditched his Detroit cohort in 2000, prompting the group to pick up local MC Elzhi to fill the void. While the next decade counted some of Slum Village’s more visible moments in the culture at large, it’s the early work, tied to Dilla’s canon, people fawn over. Since the total dissolution of the group, and Baatin’s untimely demise, Elzhi has soldiered forth to solidify a solo career and define himself as something other than that guy from Slum Village. Being an MC in Detroit has its inherent problems. First, there aren’t local labels functioning as a way to extol the virtues of an insular scene. Second, and perhaps more daunting, is being overshadowed by some high-profile acts that have sprung from the area. Beyond Eminem, there’s Phat Kat, Ta’Raach and a spate of big name talent. While Elzhi’s issued a few extended-players, nothing seems to have caught on despite tracks like 2008’s “What I Write” and “Look at My Friends” from the following year, ranking as top-tier thinking-man’s hip-hop. Most recently, Elzhi’s gone and reimagined Nas’ 1993 “Illmatic.” “ELmatic” doesn’t simply recombine the older album, track order and lyrical bent differentiates the two. What’s interesting, though, is that Elzhi’s work that’s not attached to the Slum Village banner seems to delve into the theoretical realm and attempts to redefine what the genre can do. Let’s see if he succeeds. (Dave Cantor)