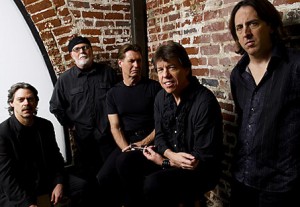 Sure, you’ve heard George Thorogood’s raspy voice telling you he’s “Bad to the Bone,” but have you heard him sing about Chicago, specifically 2120 South Michigan Avenue? Thorogood and his band, The Destroyers, have released an album saluting the long-deceased Chess Records, which used to reside at that very address. “2120 South Michigan Avenue” brings the legendary label back from the dead, with covers of celebrated songs, including guest appearances from Buddy Guy and Charlie Musselwhite, in addition to some original songs.

Thorogood has mentioned how The Rolling Stones played a large part in his discovery of the label. “The first Rolling Stones album I bought, ’12×5,’ included ‘2120 South Michigan Avenue’. I said, ‘I know I’ve heard this somewhere before…’ I wrote to Chess, they sent me a catalog, and my life was changed.”

The new album’s covers don’t have quite the dirty, disheveled twang that the originals do, but there is a new crispness. Thorogood’s voice sounds surprisingly tonic and smooth, with occasional growls thrown. The songs are fast-paced, articulate and unclouded. The clarity of sound doesn’t mute the grind of the classics as much as it gives it a new spin. (Maureen Clancy)