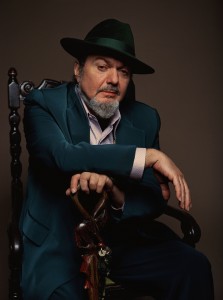 It’s infrequent when fifty-year-old careers claim the last few months as the most fruitful. During March, Dr. John was inducted into the Rock and Roll Hall of Fame. And the NOLA native’s 2010 album, “Tribal,” was in contention for a Grammy as “Best Contemporary Blues Album.” It’s the pianist’s earliest recordings, however, that continually pull in younger music scavengers. Sure, “Tribal” sought to more fully incorporate that bad ju-ju the singer prodded decades back with tracks like “Manoovas” sounding as if the band were possessed by some devilish spirits. But “Gris Gris,” recorded back in 1968, remains Dr. John’s towering achievement. For an album so beholden to NOLA’s musical and spiritual heritage, it’s odd to find that the disc was recorded in Los Angeles, where Dr. John had relocated and begun work as a part of the Wrecking Crew, taking on studio gigs backing up everyone from Sonny and Cher to Canned Heat. “Gris Gris” isn’t just another psychedelic effort wrought in an era when stylistic cross-pollination was run of the mill. Slide-guitar abuts twinkling mandolin, all falling behind an echoed backing chorus of female singers as sultry as Eartha Kitt could have ever been. Made up of only seven tracks, there’s not a standout, just a series of somehow interrelated freak-outs. There’s even a bit of a waltz on “Danse Kalinda Ba Boom.” Such a stunning concoction should be expected from a guy who grew up around the corner from Louis Armstrong’s childhood home and worked with strung-out jazzers and wasted bluesmen. Today, Dr. John’s no longer festooned in feathers and face paint as he was decades ago. Instead the songwriter sits behind a piano and croaks out numbers he’s crafted over a career in music. There are new compositions. But somehow each maintains that weird vibe only NOLA can offer. (Dave Cantor)