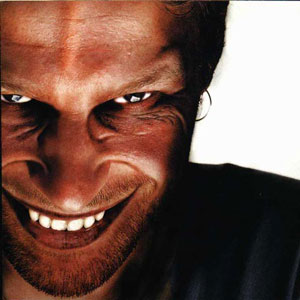 Electric Picnics at Millennium Park have been going swimmingly this summer. Who knew that a little bit of twitch with your ham sandwich could be so enjoyable? Helping to round off the summer series is a celebration for the twentieth anniversary of Rephlex Records. Richard D. James, better known as Aphex Twin and the founder of the label, has been lying low for the past few years. While he hasn’t released anything personally, his label has been churning out records from other artists, including Squarepusher and Kevin Martin. Rephlex must be feeling extra celebratory, as they’re having a party for each decade that it has been around: one at Pritzker Pavilion and the other at the Empty Bottle.

There’s something about listening to these noises during the day that makes the Millennium Park show a unique experience. Electronic sounds usually invoke dancing in a dark room with zooming neon lights, intoxicated by one thing or another, surrounded by a blur of faces. What happens when you take all those elements away? It’s a chance to experience the genre full-on, without the usual distractions.

DJ Rephlex Records, Wisp and Sound Murderer are on the bill. Each artist has their own sound, of course, but one thing they have in common is emulating their leader, James. They all have the tendency to sound deconstructed, slightly creepy and deliciously gritty. If you’ve ever seen an Aphex Twin album cover, you’ll understand this immediately.  (Maureen Clancy)