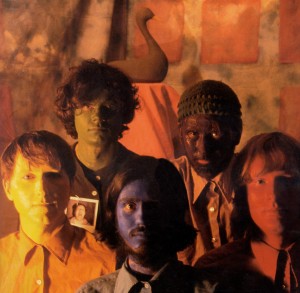 Music geeks should really be thankful that festivals like All Tomorrow’s Parties and Lollapalooza are able to toss around interesting sums of money, coaxing would-be disbanded acts out of the shadows. The Olivia Tremor Control, which was briefly summoned back to the stage in 2005 for ATP, has become another revival act of sorts after its ten-year hiatus. As a part of the Elephant 6 Collective, a wide ranging association of pop-psych bands including everyone from the Apples in Stereo to Jeff Mangum’s Neutral Milk Hotel, this group gained underground acclaim during its initial run between 1992 and 1999. Releasing a few long-players brought out the major-label vultures and, with reasonable suspicion, the group decided to take a break for a bit in lieu of signing away the rights to new music in order to pull in a big, corporate payday. When the Olivia Tremor Control was flitting through its first act, though, the Beatles seemed to have pretty aggressively colored the band’s pastel understanding of psychedelia. What’s interesting about the ensemble’s songwriting is its ability to assimilate succinct song run-times and odd production twinkling in the background. Maybe “Courtyard,” from the band’s 1996 debut “Music from the Unrealized Film Script, Dusk at Cubist Castle,” only needed to be three minutes in duration, as Bill Doss and William Cullen Hart harmonize. The preceding track, “Holiday Surprise 1, 2, 3,” differs little in its approach. It’s just six minutes long. What’s bizarre is that both are representative of the band, as are the wealth of drawn-out ambient excursions tucked into the album and the band’s follow-up, 1999’s “Black Foliage.” Reunions, despite the band’s downtime being consistently referred to as time-off, are occasionally regrettable. Luckily, Chicago is one of twenty cities getting a glimpse at this experiment. Music Tapes, another E6 affiliate, opens. (Dave Cantor)