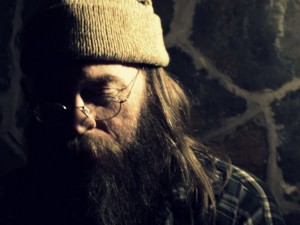 Duluth’s Charlie Parr, who began releasing albums around 2002, hasn’t hit the big time, although an appearance at Portland’s Pickathon Festival as well as a song of his being used in Australian advertisements point to a surprisingly sturdy career. Putting off full-time music-making until the halfway mark in his life seems to have imbued Parr’s gruff voice and solemn picking–on a vintage resonator, twelve-string guitar or banjo–with a weariness that escapes Band of Horses and other younger groups taken with traditional American music. Added into Parr’s dedication to standards like “John Henry” and appreciation for Harry Smith’s “Anthology of American Folk Music” is a clear interest in ragtime, livening up some of his playing and making the bluesiest number swing pretty hard. “Asa Jones’ Blues,” from 2004’s “Criminals and Sinners,” details a sad-sack shut-in, but with Parr’s guitar lopping through the song’s simple progression, the titular character’s life doesn’t seem as oppressive as it might otherwise. After recording a spate of albums distilling America’s folk music on his own or with the most sparse accompaniment of a washboard player, Parr worked up a set of tunes alongside the Black Twig Pickers last year. The collaboration continued into 2011 as the ensemble recorded a split with ex-Cul de Sac guitarist Glenn Jones for Thrill Jockey. The seven selections which Parr worked on are mostly coltish instrumentals, but serve to illustrate the power of the human voice in absentia. Performing live, unfettered by side-men, Parr strikes an imposing, disheveled visage on stage: wind-torn, scraggly hair peeking out from whatever throwaway hat adorns his head and some ripe looking thrift couture. Everything about the guy says rambling, including the tunes he’s set to unfurl this coming Wednesday. (Dave Cantor)