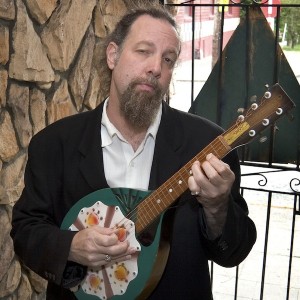 In a town where Steve Albini remains important enough to comment on rap groups he’s never heard, nor cares about, a band like Swans should draw a healthy crowd. Much in the same way Albini’s earliest groups dealt in post-industrial rock-hatefests, Michael Gira and his New York-based Swans have steadily churned out weirdo theatrics for the last several decades. With a hiatus that allowed Gira to rev up his Young God imprint, Swans haven’t influenced current touring troupes in a musical sense so much as Gira’s served as paean to how destructive slow songs can be. Paired with Gira’s band is former Sun City Girls’ guitarist Sir Richard Bishop and his collected Freak of Araby Ensemble. Prior to disbanding his better-known act as a result of Charles Gocher’s premature death in 2007, Bishop and his brother Alan worked up rock tunes borrowed from all points East, going so far as to record tunes like “Soi Cowboy,” named after a red-light district in Thailand, and doing so in some fictitious Asiatic language bordering on racist. The song, however, is good enough to ignore any implications beyond the musical. During the Girls’ waning years, Bishop began recording and releasing work under his own name in a style as beholden to cultures outside U.S. borders as to the Girls’ lineage. Incorporating a pervasive surf element to his guitar playing, Bishop issued “The Freak of Araby” through Drag City back in 2009 and has been on the road sporadically since. While not occupied with the lopping and thoroughly improvisational nature of his instrumental workouts, which comprise the totality of that aforementioned disc as well as its complementary, self-released “Live Recordings” from last year, Bishop’s got a hand in his brother’s Sublime Frequencies label, which has been responsible for churning out works from the likes of Group Doueh and Omar Souleyman. (Dave Cantor)