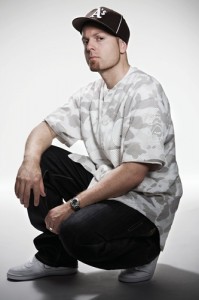 “’The Outsider’ was a provocation; it was intended to pull the wheat from the chaff.” Josh Davis or, as he is more famously known, DJ Shadow, does not mince his words as he sits in his tour bus on the corner of Ashland and Lake discussing his soon-to-be-released fourth studio album during the steaming hot Saturday of this summer’s Pitchfork Festival. For those unacquainted with the music of DJ Shadow, he makes very experimental and progressive instrumental hip-hop that stems from his obsession with the genre during his childhood and formative years.

“The Outsider,” Davis’ last record, came out in 2006. With the release of that record his intention was to remove the deadwood of his fan base by writing a particularly confrontational collection of songs. There’s a resentful tone in Davis’ voice as he discusses those fans who dwell on his renowned 1996 debut, “Endtroducing.” These are the fans who want and expect a rehash of that record with each release. Rather than being a fan of DJ Shadow, they are rather a fan of the record. “It [‘The Outsider’] was my invitation to jump off the train,” Davis explains, “because I don’t want to stop my exploration of music.” He wants his music to progress and evolve and, most importantly, be what he wants to produce. He rejects the notion that his music career should be defined by a record he wrote fifteen years ago.

Now that Davis has made that statement with “The Outsider,” his new release was written by a much more relaxed figure, devoid of the frustrations that inspired the previous output. As a result, “The Less You Know, The Better” isn’t afraid to tread ground that bears resemblance to “Endtroducing,” albeit with a completely fresh take and many more years experience in making this style of music. The record was written in a secluded cottage in rural California where Davis could flourish free from distractions and truly immerse himself in his work. It was a cleansing process for him that was difficult at first. He explains that we, in the modern world, get subliminally addicted to our distractions: our cell phones, our hours endlessly browsing the Internet or staring blankly at the television. Once he broke free of all that, the music truly began to fly for Davis.

Despite the process of solitude, the record will not just be his work. He had initially intended to write it devoid of collaborations, unlike the collaboration-heavy nature of “The Outsider.” “As always when I set these personal rules for myself, somewhere in the process I realize that it would be a better record if I break my own rules,” Davis admits. It was a simple fact to Davis that a couple of the songs on the record would be improved with vocals. As such, the record features two collaborations: one with Tom Vek and the other with Swedish-based electronic band Little Dragon. The latter of the two Davis discovered on a record-buying binge one day; theirs was his favorite purchase. He liked it so much that he later got in touch to organize a collaborative piece, despite the animated rock band Gorillaz discovering and using their talent first on their 2010 release “Plastic Beach.” “Greatness will always rise,” says Davis. He wouldn’t let Gorillaz beating him to Little Dragon dissuade him from his own artistic endeavors.

Although the music of DJ Shadow is largely instrumental, it does not mean that it is devoid of a message. The promotional artwork of “The Less You Know, The Better” provides a social commentary on the way technology defines modern life, particularly in reference to how the music world has been completely transformed by the Internet. “I think there’s a strange duality to the Internet and the media in general,” Davis explains. “It’s supposed to be offering all these freedoms, yet everybody is supposed to do what they do in the same manner. I find that it’s reduced a lot of artists to used car salesmen.” He sees that a lot of music is just regurgitating other people’s work, and that whoever can shout the loudest and market themselves the best on the Internet are the ones that succeed. “I think that works for some people, but for others it’s undignified and embarrassing,” says Davis. “I think it minimizes the importance of having a bit of artistic autonomy.” It’s an interesting outlook from an artist who made his name by reusing others’ work through sampling. Yet, where some artists simply beat a dead horse, Davis reimagines the work of others to create something that sounds entirely fresh and different.

“The Less You Know, The Better” (Universal Music Group) will be released  October 4.