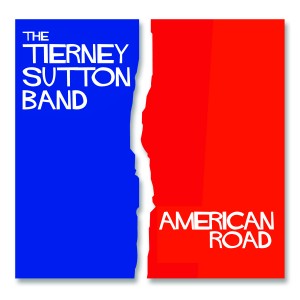 The California-based Tierney Sutton Band chose a selection of songs relating to America itself for their debut release on BFM Jazz after several years with the label Heads Up International. Though not every track on “American Road” is a folk song, many have ingrained themselves into our memories as a part of American music, even those written for Broadway shows or movie soundtracks.

This proves to be a challenge—how to bring something new to tunes that are so well known? The Tierney Sutton Band’s answer was to take an innovative approach toward each song that focused on Sutton’s unique vocals and the band’s longtime chemistry.

Take “On Broadway,” a tune originally recorded by The Drifters in 1963. The Sutton Band takes a nod at George Benson’s 1978 hit recording via the bass line of Kevin Axt (acoustic and electric bass) and Trey Henry (acoustic and electric bass), which use Benson’s guitar lick as part of the arrangement. The track “Amazing Grace” takes on a bluesy feel that showcases pianist Christian Jacob, who delivers a beautiful solo halfway through the song. Another highlight is “Somewhere,” arguably the best-known song from “West Side Story.”

You might argue that the selections sound dated at first glance. However, the band approached each tune as if they’d never been heard before—and fresh is the end result. (Ernest Barteldes)