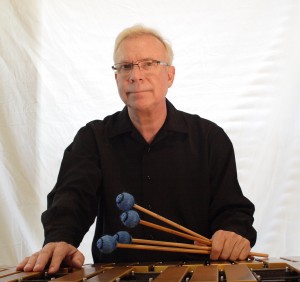 “Larry Coryell was an interesting case,” says vibraphonist Gary Burton from a twenty-fourth floor room at a New York City hotel. The sixty-eight-year-old jazzbo ties his onetime guitarist into a group of players, who like himself, strove to again make jazz a popular music during the sixties, a time when rock bands sturdily held the attentions of younger audiences. “He also played with rock groups in clubs and developed this interesting schizophrenic style of playing,” the vibesman says. Coryell’s ability to spit out a few jazz-based ideas, quickly followed by a procession of notes slathered in reverb and a hint of distortion, was an indispensable part of what made Burton’s quartet from 1966 onward an important precursor to bands like Miles Davis’ Bitches Brew crew and the following Mahavishnu Orchestra.

Beginning his career in the early sixties, first as a session player in Nashville alongside the town’s top-tier country performers, then in a band led by George Shearing, Burton had the business laid out for him in tones he felt were predicated on antiquated notions.

“It was beginning to feel repetitive–every band did the same standards over and over, doing yet another version of ‘Stella by Starlight,’” he recalls. “I played with Stan Getz for three years, a traditional group. The only difference being, he had success with bossa nova, mixing jazz and samba.” The idea of combining jazz with other musical forms wasn’t new to Burton, but the sort of success Getz’s group found was vastly different than performing on country recordings. Burton, who by the mid-sixties developed a taste for the Beatles and Bob Dylan, ultimately realized that engaging rock fans was not just integral to the longevity of his career, but a necessary and natural artistic step forward.

“We never did anything like that,” Burton says of the Liverpudlians’ catalog. “I loved their eclecticism. You’d get one track with a string quartet, the next one would be an Indian sitar thing and the next one would be in another style. We’d make a record and every song’d be in the same genre.” After spending three years with Getz, Burton ultimately left the group. “It could have been one of the biggest mistakes in my life. We were one of the most successful bands in jazz at the time,” he says. But the endless desire to draw in other musics was too powerful.

Releasing “Duster” in 1967 made Burton’s ensemble a unique troupe, traversing stages at traditional jazz clubs as well as at places like the Fillmore, a spot where the Grateful Dead and the Allman Brothers were generally on order. “One, Two, 1-2-3-4,” from that mid-sixties disc, opens with a rumbling rhythm section. A few seconds in, Burton and Coryell tangle in some knotty progression for a few bars before the guitarist takes the lead, letting his amp feedback and launches into an indecipherable slew of notes, perhaps better suited to the middle of a Yardbirds improvisation than a jazz composition. The fact that RCA even allowed the song to be released is still astounding.

Turning jazz to rock–or rock to jazz–wasn’t enough of an innovation for Burton, though. In addition to playing with four mallets, as opposed to the two traditionally used by vibes players at the time, Burton found himself taken with another musical form.

“I’d never heard modern tango before. I remember Steve [Swallow, Getz’s bassist] and I would stand at the side of the stage during his set and were just amazed by how complex and sophisticated this music was,” Burton says of seeing bandoneón player Astor Piazzolla, who American audiences know best for his music being used in Terry Gilliam’s “12 Monkeys.” The Argentine composer and Burton didn’t strike up an immediate friendship, but ran into each other a few decades later and collaborated on another collision of disparate musical ideas.

Part of what’s helped Burton remain so vital—he’s just issued a disc titled “Common Ground”—are his ties to Boston’s Berklee College of Music as a student and former instructor. He believes the atmosphere of relentless enthusiasm for all types of music helped him retain a sense of dedication to new ideas. Drummer Antonio Sanchez and guitarist Julian Lage, who appear on Burton’s new album, are Berklee alumni. And while “Common Ground” might come off as a more traditional effort when compared to Burton’s albums from the late sixties, a traditional effort from Burton is still brimming with more possibility than new discs from most other jazz players.