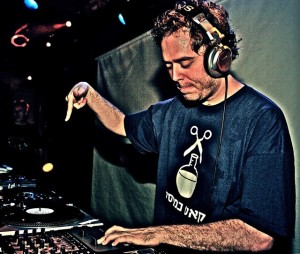 Deciding whether Cut Chemist is better known for his association with Jurassic 5, DJ Shadow or Ozomatli is a difficult proposition. Regardless of the answer, being at the forefront of beats for more than a decade’s allowed the L.A.-based performer a huge and wildly variegated audience. Instead of focusing on continued production of work for others to use, Cut Chemist’s endeavored to mix a wealth of disparate, funky cuts into sundry mixes. The approach disallows wide distribution with copyright laws being difficult to navigate, but has resulted in a trove of music being uncovered for those lucky enough to pick up albums like 2010’s “Sound of the Police.” It’s not the various styles of music they work with that separate Cut Chemist from Quantic. Instead, it’s how the individual expresses those interests. While Cut Chemist has clearly investigated an abundance of sounds, going so far as to work with live musicians, Quantic has recently turned to purely instrumental concerns, performing myriad duties for his Flowering Inferno project. The relatively new endeavor retains the Britisher’s fascination with Latin and Jamaican sounds while keeping hip-hop close and adding an element of live extemporaneousness—particularly when lifting the melody from Dennis Brown’s late seventies classic “Westbound Train.” On the track, which Quantic issued on “Death of the Revolution,” the free interplay between sampled elements and that fluid guitar line cuts a huge swath between DJ music and instrumentation. Simultaneously, Quantic turns a reggae standard into a rap-infused three-minute stroll through music suited to listening as much as flowing over. His set at The Mid won’t include anything other than turntables, but between Quantic’s work and Cut Chemist’s omni-creative samples, everything from Guru Guru to Ranil y Su Conjunto is likely to blast out from the speaker boxes. (Dave Cantor)