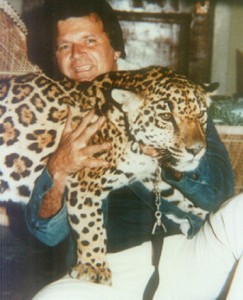 When Quentin Tarantino included Dick Dale’s music in“Pulp Fiction,” the director’s 1994 ode to Velvet Elvis culture, it didn’t rebirth the musician’s career. It just reframed it. Born in South Boston to a man of Lebanese descent, Dale (neé Richard Anthony Monsour) fiddled with instruments and appreciated jazz. But a move to Southern California during his late-teenage years spurred the nascent guitarist to fully incorporate the spastic drumming of his jazzbo heroes, folk music he discovered through his family, and a personal interest in electric guitar. Performing at local dances as part and parcel of the surf community, Dale gained enough cachet to eventually book large-scale gigs. His continued connection to surfing and the outdoors in general—he amassed a sizable collection of would-be zoo animals—make songs like “Tidal Wave” seem a bit more sincere than workouts by other surf bands. Listening to Dale’s songs so far removed from the time and place they were construed, it’s easy to focus on a single element to the detriment of the work’s ensemble feel. Sure, his guitar’s the omnipresent focus, but “Tidal Wave” would be a remarkably different song if not for the harmonizing saxophone and backing singers. The other part of Dale’s work frequently overlooked is the tempo that songs like “The Wedge” take on. It’s not quite Ramonesy pacing, but that drumming might serve one of the New Yorker’s slower compositions. Regardless, wide-ranging melodic jumps point back to Dale’s familial interest in Lebanese folk music. After all, that’s where “Misirlou” came from in the first place. Being insinuated into a new generation of vintage-suit wearers by Tarantino’s film has enabled Dale to continue his international touring schedule and has served to point out that the music he created fifty years back is resistant to contemporary mores. (Dave Cantor)