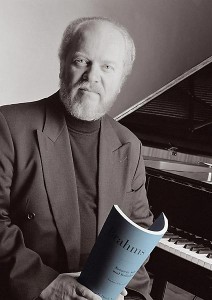 This is the third and final week of the fall residency of Riccardo Muti’s second season as music director, which has thankfully thus far gone off without a hitch. The music-making has been glorious and Muti’s community outreach has stretched beyond CSO president Deborah Rutter’s wildest expectations.

Muti has professed his dislike for composer anniversaries and has chosen a unique method of dealing with them; namely, resurrecting offbeat programs from the past. Last week for the Liszt bicentennial, Muti recreated the same CSO concert that had been presented a century ago to celebrate then the Liszt centennial by then-music director Frederick Stock. This week, Muti is saluting the Mahler death centennial by recreating the final concert conducted by Mahler a century ago with the New York Philharmonic.

While an interesting look at the past, these programs say very little about how these composers are perceived today. Franz Liszt was still an important composer a century ago and is much less performed today than he was then. Mahler, who was barely performed at all a century ago, was primarily known as a conductor while he was alive, although his own music has since emerged as some of the most important of the last century. Muti has admitted his distaste for conducting Mahler, and so he is leaving all CSO performances of Mahler’s own music during this anniversary year to others. Instead, by recreating Mahler’s last-ever concert—which just happened to be an all-Italian themed concert—Muti has a chance to introduce music by some rarely-performed Italian composers, including Sinigaglia, Martucci, Busoni and Bossi, along with Mendelssohn’s Fourth “Italian” Symphony.

“This is a very difficult program,” says Muti. “Martucci is very dear to me: he is from Napoli [Muti’s hometown], he was a teacher of Respighi, and was one of the great pianists of his day. Liszt heard him play when he was fourteen and said he was ‘better than me.’” The Martucci Second Piano Concerto will be performed with German pianist Gerhard Oppitz as soloist. “Toscanini was supposed to commemorate Martucci in Bologna [in 1931],” says Muti, “but the [Mussolini] Fascists wanted him to conduct the Fascist Overture before the concert and he said ‘no,’ and they beat him. The poster is still there, but the concert never took place.” 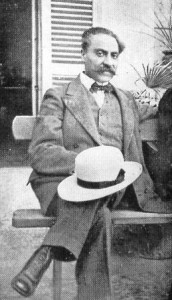 Muti introduced the CSO to Martucci this summer when the orchestra played his “Notturno” as an encore in Lucerne. Looking transfixed, he goes to the piano and proceeds to play it. “Bellissimo, no? I recorded it with La Scala. The orchestra here loves it so much and they sounded fantastic, so tender. You can hear it again and again and never be tired of it. It is a perfect gem.”

Will we get to hear Martucci’s “Notturno” in Chicago? “Sure,” says Muti, “but not as an encore, I would put it on a program. I don’t like to make encores. I don’t belong to the series of conductors that in order to have more applause they ask the first flute to stand, then the second horn, the fourth bassoon, you shake their hands, kiss this, kiss that, et cetera. I mean, if they have an important part, fine. It is part of those ceremonies that I hate.

“We only did [the Martucci “Notturno”] and only in Lucerne because they had asked for it. Especially when you do Shostakovich 5 or ‘Romeo and Juliet,’ what do you do after that?” Muti hums the “Barber of Seville” Overture. “Why? It’s like you have a big dinner, and after the cake and the Sacher Torte and you still need more? With a soloist, that is a different story. But with a huge symphony, at a certain time, you take the concertmaster’s hand [and leave.]” (Dennis Polkow)