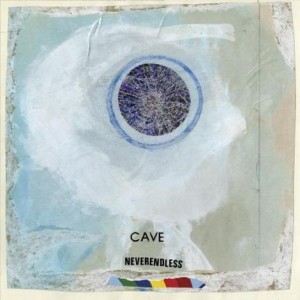 The term motorik gets tossed around with relative abandon in reference to the handful of ensembles that use German psychedelia dating from the mid-sixties through the latter portion of the seventies as a template. For some, the idea’s a succinct way to describe a precise, up-and-down style of drumming used in acts like Can and on the rock-related releases from Kraftwerk. Ralf and Florian aside, Chicago’s Cave can’t escape descriptions of its subtly nuanced percussion style. Issuing “Neverendless,” the title itself a wink and nod to the endless derivations possible on a single theme, isn’t set to distance the Missouri-cum-Chicago group from any expectations. These five songs, the shortest being just this side of four minutes, continue the band’s commitment to spinning out an idea for as long as possible amidst some group improv bolstered by Rex’s drum kit. “This is the Best” isn’t the best included on the Drag City issued album, but does serve to extol the simplistic virtues Cave’s come to represent. Everything’s present on the fourteen-minute musical diatribe: slinky guitar turning into overbearing distortion, wonky keyboard progressions shifting to sine waves and of course, the band’s rhythm section laying it down heavier than just about any rock band making its way through the underground. The rest of “Neverendless” works to further explicate the wealth of moods and approaches to music of this ensemble. “On the Rise” gets proggy within the confines of vague song-craft, the title functioning as a meditative refrain. “Adam Roberts” and “OJ” push out analog keyboard sounds, not to the detriment of the ensemble, but simply as a feature separate from guitar-focused workouts. Whatever approach Cave takes to funked-up rock and psych, it seems to be working after a number of lengthy releases. (Dave Cantor)