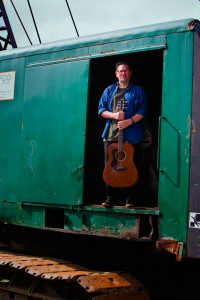 Settling in to hear any of Glenn Jones’ solo albums (he’s up to four with “The Wanting” being the latest entered into his catalog), it’s easy to lose track of what’s playing. Is it old or new? Something you’ve heard before? Between 2004 and now, Jones, who initially came to prominence with Boston’s Cul de Sac, has laid waste to finger-styled antecedents, adding his own personal graces along the way. “Of Its Own Kind” and the song’s title hint at that concept. On its surface, the composition isn’t detached from the Takoma school of guitar players with a lazy drone that feels only slightly different than work from earlier players. Maybe lazy isn’t the right word, but rather all-knowing or well-fitted. Jones understands not to rush his works and the various tunings he’s devised for “The Wanting” make that clear. It’s still easy to pick out a cribbed progression when one crops up, but that’s a stylistic pratfall inescapable by even the best players. Hearing the guitarist stumble through a few banjo tunes doesn’t detract from the overall warm and friendly confines of the disc either. Stutters on “The Great Swamp Way Rout” only point to a novice gaining confidence following an aural blemish. And the fact that this performer sees fit to include recordings of his flowering talent on a new(er) instrument is a testament to the explorative feel most of Jones’ work as a solo performer trucks in. Closing “The Wanting” with a seventeen-minute excursion accompanied by drummer Chris Corsano, in theory, sounds like an explosive conclusion to an otherwise quiet meandering through acoustic music. Instead, the percussionist mimics a train rolling along, but quietly enough for Jones to turn in more of what precedes the concluding track. It’s not a bummer, but “The Orca Grande Cement Factory” could have been something new. Newness isn’t what Jones’ solo work focuses on. It doesn’t need to, though. (Dave Cantor)