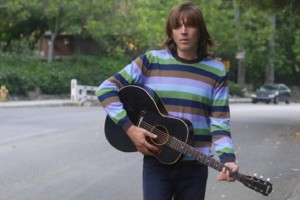 While it’s clear that we don’t all have the same sort of disposable income as a few years back, strangely, though, there hasn’t been a dramatic drop-off of iWhatever sales of late. People are also buying cars, even prompting GM to hire back handfuls of day-laborers. The fact that the middle class is no more or less screwed than it was a decade or so back probably didn’t play into Evan Dando’s decision to pick up some backing players and hit the road with a live rendition of his band’s 1992 album “It’s a Shame About Ray.” The disc, as initially released, cropped up during the decade’s indie-band frenzy, comprised of decently educated, bored middle-class musicians. Swept up alongside that lot of Northwest bands and groups like Stone Temple Pilots, The Lemonheads cut a vaguely uncaring shadow across pop music for a brief time. Dando’s troupe, however, began during the eighties, pulled together from high-school chums and moved forward through punky moments to its frantic shuttling between quick pacings and stuff that would today be called “Adult Alternative,” or some such nonsense, by radio programmers. “It’s a Shame About Ray” as an artifact pretty well distills the early alt-era with tracks like “Confetti” being jaunty enough not to be depressing, but simultaneously recounting a story that wouldn’t make anyone too happy to live through. Downer love songs were the order of the day, the sort of persistent middle-class ennui Americans–and the British–are pretty good at turning into art. “Ceiling Fan in My Spoon” and “Frank Mills,” its folksy following track, are utterly dissimilar, but with Dando as its smooth-voiced throughline, the album holds together well enough to truck out about twenty years after “It’s a Shame About Ray” was initially released. (Dave Cantor)