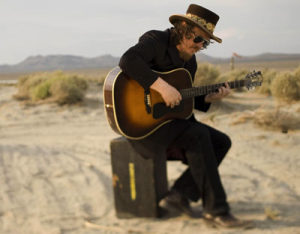 Though labels have repeatedly attempted to bring this Italian pop singer and songwriter to mainstream audiences, Zucchero is still pretty much unknown stateside. However, he is considered a major superstar in Europe through his recorded canon and also because of his charitable efforts—for instance, he was the driving force behind the many Pavarotti & Friends shows that over the years brought together talents as diverse as B.B. King, Mariah Carey, Caetano Veloso, Liza Minnelli and Sting, to name a few.

Zucchero routinely records in Italian, Spanish and English. Many of the English-language lyrics of his singles were penned by none other than Bono, who collaborated with him on “Someone Else’s Tears,” a gentle acoustic ballad from his latest album “Chocabeck” that evokes the simplicity of life in the countryside.

It is ironic that Zucchero has not been immensely successful in the United States, as he recorded his first hit single not in Italy but in California, with bassist Randy Jackson. When he does return, his rare tours attract tons of fans who discovered him back in the days when he recorded “Miserere” with the late Luciano Pavarotti—a hit that led to recordings with Sheryl Crow, Eric Clapton and countless others. He is regarded in Europe as highly as Bruce Springsteen is here.

At his appearance at Park West, expect to hear material from “Chocabeck” alongside the likes of past hits like “Hey Man,” “Senza Una Donna” and probably “Miserere.” It should be a night to remember. (Ernest Barteldes)