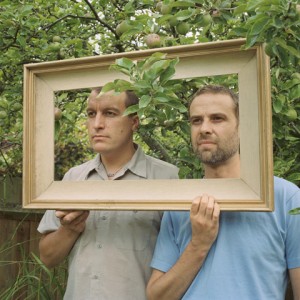 Into its third decade as electronic provocateur, Brit-based Plaid has constructed a towering catalog detailing the genre’s ins and outs with little concern for accepted practices. Prior to Andy Turner and Ed Handley issuing this year’s “Scintilli” on the venerable Warp Records, a significant portion of the aughties involved Plaid engaging with some sort of soundtrack work. “Greedy Baby” was released as a CD/DVD package a few years back; then the duo moved on to scoring a Japanese drama. There’s been a pretty thorough consistency over the course of Plaid’s recorded output regardless of the medium in which each beat’s meant to be dispensed. But everything about 1999’s “Rest Proof Clockwork” appears as connected to hip-hop’s lineage as to Euro dance music. Even the disc’s cover appears to be the product of some graffiti writer brought in from the cold to work on a proper canvas. There’s not a wealth of scratching that goes on during the runtime of any other Plaid effort—and certainly not among “Scintilli”’s smooth contours. But “Little People” opens to the sounds of records getting cut up. There’s still something entirely electronic and foreign about the track, but it sounds more like Brooklyn than London. Some of electronica’s experimental strains insinuate themselves into the proceedings—“Lamb’s Eye” specifically. And “Air Locked” sounds like a gamelan ensemble comprised of robots. Plaid’s discography contains a number of rap references in places, just not gathered together so meticulously. So, fans of that earlier effort could be put off by the synthetic bounce on tracks like “Unbank” and its glitzy brethren on “Scintilli.” Following Turner and Handley’s output for a few releases, however, should make fans aware of the fact that just about anything’s bound to crop up at some point. (Dave Cantor)