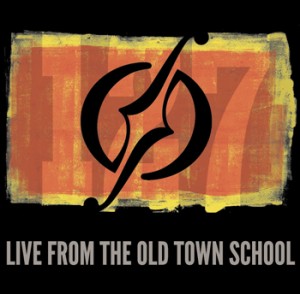 The Old Town School of Folk Music has been the stage for countless performances for its half-century existence, hosting concerts that run the gamut from Americana to folk-rock and world music and in the meantime giving lesser-known artists a chance to showcase their talents to appreciative audiences that might not be reached otherwise.

To celebrate this, the school is releasing a four-disc box set of recordings made during these shows—some made on the sound board and others captured during radio broadcasts. The full package includes as many as 127 songs that had to be individually cleared with each artist or their estates.

Among the gems are Donovan singing an acoustic version of his classic “Mellow Yellow,” John Hammond going all out on “Walkin’ Blues” and an echo-drenched Mahalia Jackson doing a church-like rendition of “When The Saints Go Marching In” (this  1956 recording sounds like it was captured from  the audience, but it is impressive nevertheless). There are newer acts like Mexican-American folksinger Lila Downs, who is heard here in a soulful performance of “Ofrenda.”

Also notable are Joan Baez’s “The Night They Drove Old Dixie Down” and Robbie Fulks’ country rock “Rock Bottom.” It is impossible to make a full commentary on all the great moments in the set, but it suffices to say that this is a historic document of live music made right here in Chicago. (Ernest Barteldes)