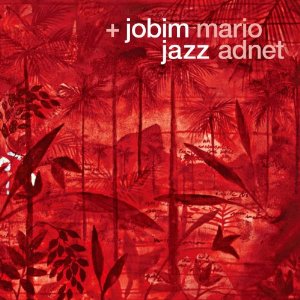 On the follow-up to 2007’s “Jobim Jazz,” guitarist and arranger Mario Adnet continues to explore the lesser-known catalogue of Antonio Carlos Jobim from a contemporary jazz perspective. Among the selections are tunes the maestro wrote for movie soundtracks, including “O Boto” and “God and the Devil in the Land of the Sun,” the latter of which was featured in the 1964 film of the same name.

Adnet got together a who’s who of Brazilian instrumental musicians for the project—names include guitarist Ricardo Silveira, percussionist Armando Marçal, drummer Jurim Moreira and saxophonist Ze Canuto.

The result is pretty impressive. On “Bonita,” the arrangement goes away from the usual bossa approach, opting instead for a small ballad led by the horn section. “Samba do Aviao” masterfully begins with a snippet of George Gershwin’s “Rhapsody in Blue” and then goes to the original melody. Trombonist Vitor Santos contributes a nice improvised solo during the middle section, and toward the end the two compositions blend together. Among the few tunes known stateside is “Wave,” the only song that is played closer to the maestro’s original arrangement, albeit with more improvised moments.

“+Jobim Jazz” does a fine job of  introducing the work of the Brazilian composer to a whole new generation that might only be familiar with “The Girl From Ipanema” (which is absent from  both albums), and also helps bring his vast catalogue to a wider audience. (Ernest Barteldes)