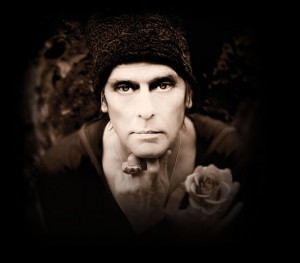 Hearing the first few seconds of Bauhaus’ “Dark Entries” from 1980’s “In the Flat Field,” fans signing up for some dour goth jams are met with an instrumental intro that may as well have been on an album from Crass. In the wake of punk’s scaffolding being pillaged by eager label folks, more than a few groups were still capable of turning the music to new concerns–sonically and lyrically. There’s nothing good going on as the “Dark Entries” progresses: “We leapt into the bed degrading even lice,” singer Peter Murphy moans. That sort of perspective pervades the following fifty minutes and carries over to 1981’s “Mask” on which Bauhaus took up some additional influences for “In Fear of Fear” and its vaguely dubbed reworking a few tracks on. A business model based on being sad, though, doesn’t work out too well. It’s hard to maintain an audience if everyone’s more concerned with shopping for black clothes and memorizing passages from Poe than new music. So by the mid-eighties, Murphy forged a solo career. He’s remained a vital figure even if, at this late date, he’s a performer working converted crowds instead of pulling in new listeners. But there’s always gonna be a new crop of sadheaded, frowning teenagers to pick up on the Bauhaus legacy. 2011 finds the singer issuing “Ninth,” which unsurprisingly is his ninth album as a solo act. Released through the Nettwerk imprint, Murphy sits uneasily amid a roster sporting acts like Sarah McLachlan and the Great Lake Swimmers. The album, though, is thoroughly accomplished. A bit of straight rock stuff introduces the creepier moments on works like “Secret Silk Society.” Issuing “I Spit Roses” as a single isn’t bound to impact charts much. But if this were an Iggy Pop album, someone would be crying “genius” right now. (Dave Cantor)