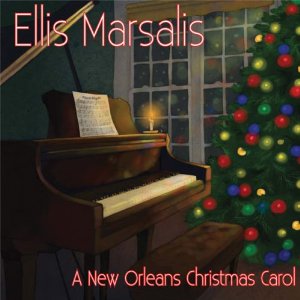 During this time of year, music stores and their online counterparts get filled with rereleases that range from remastered versions of holiday classics from Ella Fitzgerald, Ray Charles, Tony Bennett, Elvis Presley and Frank Sinatra to not-so-great offerings from the likes of Christina Aguilera and even former Beatle Ringo Starr (who made a whole album about a decade ago). And then again there are those faux-humorous songs about daddy getting drunk at Christmas while grandma was run over by a reindeer. While some of these examples are genuinely enjoyable, many are better left where they belong—in the bargain bin.

But the truth remains that for many people a Christmas party is not quite complete without holiday music, so there definitely is always a market for these albums—even if we have been hearing them day in and day out at the local grocery store since late October. In spite of that sensory overload, some new
releases deserve to be checked out, especially for artists who decide to present these classics from a different perspective.

One example of this is pianist Ellis Marsalis’ beautifully made “A New Orleans Christmas Carol” (ELM Records). Produced by Jason Marsalis (who also plays drums and vibes on the disc), the Marsalis patriarch offers very personal takes on tunes like “We Three Kings,” “The Little Drummer Boy” and “Winter Wonderland.” Jason Marsalis takes the lead (on vibes) on “O Holy Night,” delivering a soulful rendition while his father backs him up with smartly placed chords. On “Wonderland,” the band improvises freely around the melody, taking it out of the more obvious Christmas feel and going further into straight-ahead jazz territory. There is a more uptempo, drum-filled version of the song on the bonus tracks (which will please fans of Jason’s fine drumming). “Sleigh Ride” is one of the finest moments—the tune’s naturally playful nature allows for much freedom, and you can hear the musicians having tons of fun while playing it. 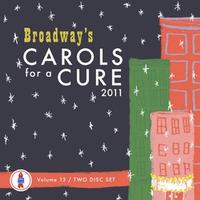 On the thirteenth edition of “Broadway’s Carols For A Cure” (Rock-it Science Records), the casts of various Broadway musicals come together for a collection of songs old and new. The disc opens with “A Christmas Carol,” an original tune from the folks from “How To Succeed In Business Without Really Trying.” Star Daniel Radcliffe (of Harry Potter fame) sings lead, and the playful lyrics poke fun at the commercialism that comes with the season. The cast of “Memphis” presents the 1950s-flavored “Give Away Love,” which turns out to be one of the best numbers on the set. Kara DioGuardi of “Chicago” offers a club version of “White Christmas” (with its full lyrics) that swings quite well. The singers from Mamma Mia rock out “Hark! The Herald Angels Sing,” while the cast of Lion King offers a haunting “Silent Night” in English and Zulu. Also notable is the dramatic “St. Nicholas Sky” from the cast of “Spider Man: Turn Off The Dark.” All the proceeds from the sale of the record go to Broadway Cares/Equity Fights AIDS, a charity that helps those afflicted by the HIV virus while promoting awareness. Previous editions have featured numerous Broadway stars, running the gamut from Kelsey Grammer and Nathan Lane to Bebe Neuwirth, to name a few—the eighth edition is the best. 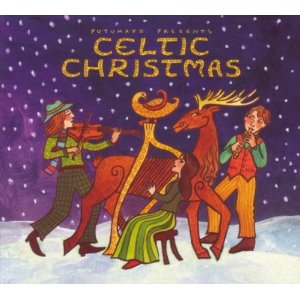 Finally, for those with more exotic tastes there’s “Celtic Christmas” (Putumayo), a compilation of Yuletide songs played with an Irish flavor. The album kicks off with “Here We Come A-Wassailing,” an original number by The Albion Christmas Band that sounds more like the kind of drinking numbers one hears during St. Patrick’s Day—until you hear the lyrics that speak of “love and joy and a happy new year.” “Little Drummer Boy” becomes “Little Drummer Girl” in the hands of The Gothard Sisters, while Lasairirfhiona Ni Chonaola offers the jazz-flavored “Nollaig Bhän”—“White Christmas” in Gaelic. There is also the inevitable “Auld Lang Syne,” sung here in its entirety in a folky format by Dougie MacLean. The highly enjoyable record sometimes doesn’t feel even like a holiday album at all, thanks to the creativity of the arrangements.

Friends and family (or co-workers at the office party) might be surprised at some of those tunes, but should appreciate a much-deserved break from hearing Mariah Carey belt out “All I Want For Christmas Is You” for the umpteenth time. (Ernest Barteldes)