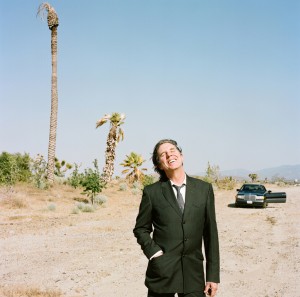 Everyone has a friend they were close with who moved away. Sometimes years pass between meetings, even as each interim conversation is nothing other than pleasant. But finally getting together with a friend you grew up with in the suburbs and finding this person attired in cowboy garb is troublesome. That’s what John Doe’s career feels like. Ditching home for Los Angeles back in the seventies, Doe hooked up with some local punky characters to form X and record a few of the most thoughtfully crafted albums of the punk era. Of course, LA bands had trouble landing proper record deals, so Doe’s group didn’t get around to issuing its first long-player until three years after forming. 1980’s “Los Angeles” was filled with overly literate references, clever wordplay and some surprisingly adept guitar work, not to mention the most stunning harmonies punk ever offered. Exene Cervenka, the band’s singer and Doe’s wife for a bit, was as responsible for menacing works like “Nausea” and the minute-long party track “I’m Coming Over.” Contributions from pompadoured guitarist Billy Zoom went a long way toward making X’s connection to country pretty clear. Well, that and Doe’s wavering voice. Since stardom didn’t hit the band despite sponsorship from The Doors’ Ray Manzarek, Doe and company worked up an album as The Knitters focused on country-styled work. The 1985 album wasn’t poorly rendered, but reeked of questionable arrangements. Eventually, the singer headed off on his own, beginning with 1990’s “Meet John Doe.” Pulling in positive press wasn’t difficult, but it wasn’t until “Country Club,” recorded with The Sadies in tow, that Doe significantly expanded his audience past old punkers. Issuing “Keeper” this year continues an understandable trajectory beginning with that Knitters disc. But the clever puns that made X such an achievement are gone, leaving Doe as just another guy mining country and rock discs for inspiration. Luckily, he’s talented enough to pull it off without sounding like a hack. Sometimes. (Dave Cantor)