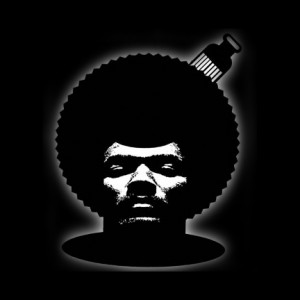 There’ve been a few reissued producer-focused instrumental albums during the digital age. A huge percentage of those sport Lee Perry’s name. Dilla’s become a more sought-after commodity since his death, but Pete Rock’s “PeteStrumentals” may be the pinnacle of hip-hop production, Beatminerz be damned. Despite being best known for “T.R.O.Y.,” a New York corollary to Common’s “I Used to Love H.E.R.,” Rock’s spent more time estranged from C.L. Smooth, the partner he rose to fame with in the early nineties. The duo issued two albums and a single while Rock cemented his sonic approach, incorporating lesser-known funk gems from groups like Cleveland’s S.O.U.L. With his foray into the solo realm, 1998’s “Soul Survivor” found Rock joined by a significant portion of the Wu-Tang Clan, Large Professor and any number of other NYC stalwarts. The effort wasn’t enough to land Rock in the middle of drive-time radio anywhere, but again exhibited a production style unique to this multitalented performer. A sequel to the album followed as fans waited for a follow-up to the “PeteStrumentals” disc and hoped for further collaboration with Smooth. Neither of those have cropped up as of yet, but rumblings about each have been floated for years. The expanded “PeteStrumentals,” though, is not just meant to sate fans clamoring for new beats, but to properly define Rock’s legacy. Heads aren’t likely to hear ringing vibes bolster a track for five minutes, as on “Pete’s Jazz.” The repetition of the song’s main sample should become grating at some point, but with that rolling bass-line and distant horn holler functioning as the track’s chorus, its runtime feels truncated. Performing a DJ set this Friday can’t include note-for-note re-creations of Rock’s classic work, but there’s sure to be more than a few funky surprises thrown in. (Dave Cantor)